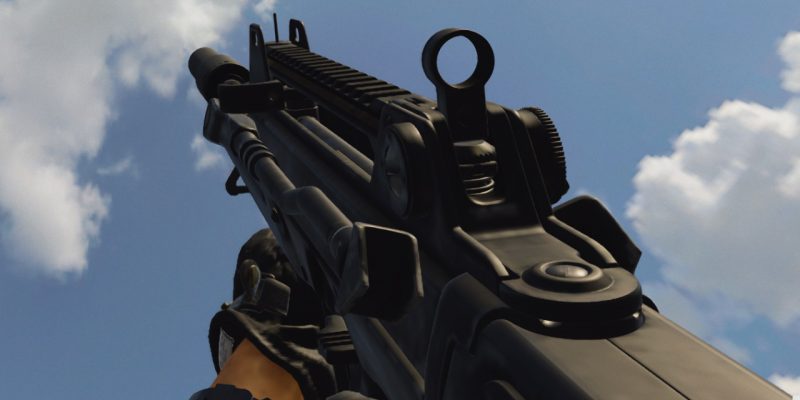 As we get closer to Call of Duty: Warzone Season Three, it has become clear that changes need to be made. The meta right now isn’t in a great place. Bringing back some variety by giving life to the weakest guns is a good start. However, nerfing the top guns that dominate the meta is arguably even more important in making sure that Warzone Season Three is fun.

Certain guns have reached usage rates that just aren’t healthy for the game. No one likes to see the same loadouts ran by every player they come across. In order to bring back a diverse meta to Activision’s battle royale, these are the guns that need to be nerfed.

If you’ve played at least one game of Warzone in the last month, then you have most likely seen the AUG in action. This three-burst round rifle is currently the best long-range weapon in Warzone. Its burst is extremely accurate, making it possible to land all three shots onto a target at range.

Furthermore, thanks to its freakishly high headshot damage multiplier the AUG can regularly kill in just two bursts. At close range, this isn’t too problematic. But at longer distances this can be incredibly frustrating to get killed by. There just isn’t much counter-play to being burst down by a laser-accurate rifle. 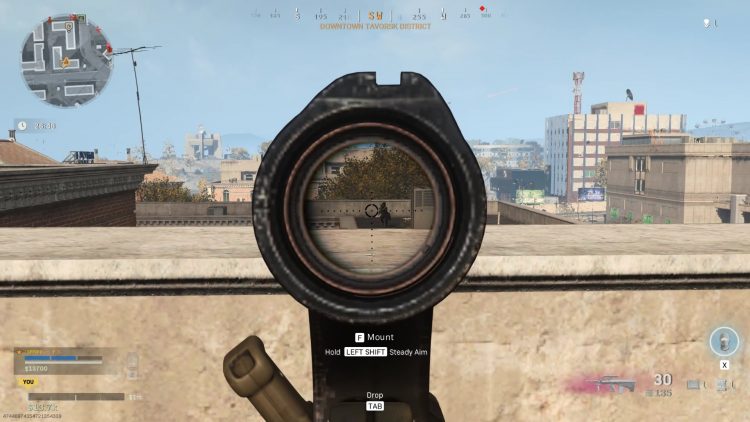 To best way to fix this would be by slowing the AUG down and lowering its headshot multiplier. Its current headshot damage multiplier of 1.8x is too high given its general versatility. By nerfing this value down to 1.2x in Warzone Season Three the AUG would require an extra headshot to score that two-burst kill.

That change deals with its overwhelming damage, but the AUG is still too good in situations where it should struggle. Specifically, it is a far better close-range gun than intended. To remove its ability to perform in close-quarters combat, I would nerf its aim down sights (ADS) speed. Specifically, when built for long range this value should be around 480 ms. This is similar to the stronger light machine guns that fill a similar role to the AUG.

There’s a basic premise of gun balance design that Call of Duty has followed for years. Shotguns are good at point-blank ranges, SMGs are good at close range, and assault rifles at good at medium range. It’s a tried-and-tested method of balancing that the majority of first-person shooters use.

Warzone has been no exception to that rule for the majority of its history. However, the introduction of the FFAR 1 as part of the Cold War integration has ruined that design. Despite being an assault rifle, the FFAR 1 has submachine gun-like handling, fire rate, and damage up close. 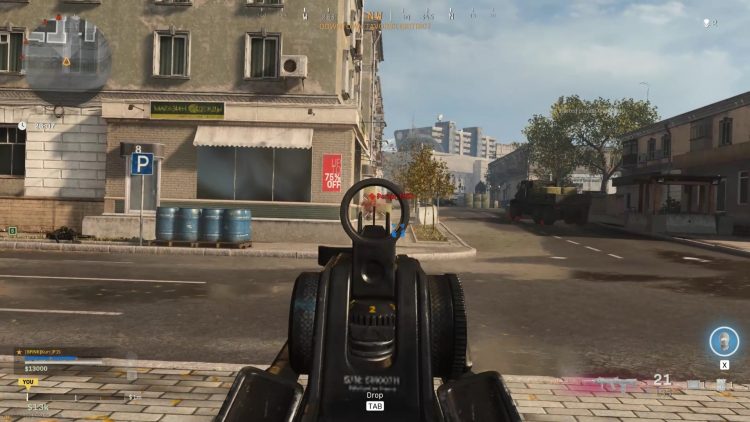 The fire rate is excusable, as the real-life FAMAS that it is based on is well known for its high fire rate. Besides, it isn’t as though you can’t have a high fire rate on a long-range weapon. Just look at the M13 as a great example of how to create balance around that concept. The difference is that the M13 is not good at close range due to its slow handling and low damage. The FFAR 1 doesn’t suffer from either of these drawbacks.

If Raven Software wants to maintain its high fire rate then there are two options it can take. If the FFAR 1 remains a close-range gun then its damage cap should be dropped from 33 to 29. Alternatively, if the FFAR 1 was to become a close-range rifle then a significant increase in recoil would be appropriate. This nerf would make it harder to use at longer ranges and allow for other assault rifles to re-enter the meta in Warzone Season Three.

The inclusion of the Kar98k on this list may seem controversial given that it has been a staple in the meta for so long. Ever since players began to realize how strong it is, none of the other snipers have managed to compete at quite the same level. It’s for that very reason that a nerf is due.

I don’t believe a huge nerf is needed. It’s not as though the Kar98k is the only usable sniper rifle. The heavier HDR and LW-3 Tundra are good alternatives for those looking for something more forgiving. In higher-skill lobbies though, the Kar98k is well clear of any of its competitors. 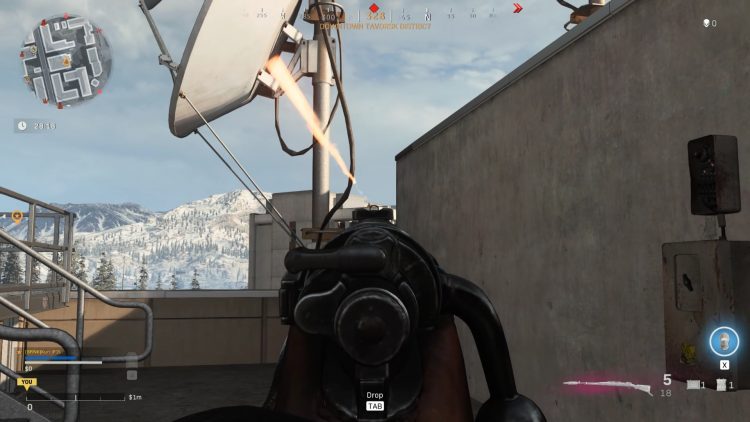 The main reason for this is that it handles much faster than any other one-shot weapon. This allows aggressive playstyles to thrive assuming you can land those mechanically demanding drag shots. Trying to achieve the same thing with the other snipers will usually result in death. The heavier sniper rifles simply don’t scope in fast enough to justify playing aggressively with them.

To keep the Kar98k in check I believe the best option is to nerf its bullet velocity in Warzone Season Three. Rather than hurting its ability to perform as a fast-handling sniper, it would be better to nerf its long-range capabilities. By dropping its bullet velocity down from 1033 meters per second to 933, it would become harder to hit long-range headshots. This would create an opportunity for the heavier sniper rifles to enter the meta whilst not affecting the Kar98k’s specialty.

When the Cold War integration first hit Warzone, the Mac 10 was everywhere. It was the most popular submachine gun in the game thanks to its incredible mobility and best in slot damage. It has since dropped off in popularity a little, but this is only because the FFAR 1 is so broken. Once the FFAR 1 is nerfed I have no doubt that the Mac 10 will simply retake its place as the only viable close-range weapon.

To avoid this happening, I think it’s important that the Mac 10 is nerfed in Warzone Season Three. How to nerf the Mac 10 is a difficult question, as it wouldn’t take much for this to become irrelevant. The main advantage it has over the MP5 is its high-chest multiplier, so lowering that could be a good idea. 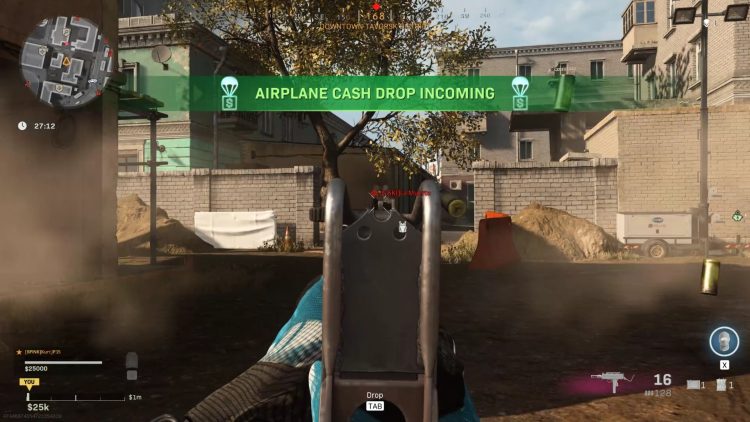 Lowering the multiplier would make the Mac 10 fairly useless up close, though. I don’t think ruining its close-range prowess is necessarily the best option. Instead, I’d like to see the Mac 10 moved into a specialist role where it dominates up to around 10 meters. Beyond that, its gunshots should begin to suffer from substantial damage fall-off.

With this damage fall-off applied, the Mac 10 would be outranged by its competitors while still besting them up close. This opens up the potential for the other SMGs to re-enter the meta without destroying the Mac 10.

By Tim McDonald44 mins ago
Features