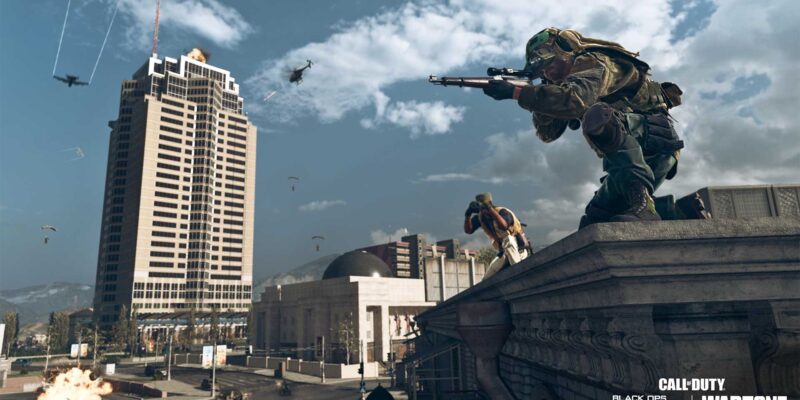 Call of Duty: Warzone is one of the most popular battle royale titles in its genre. Unfortunately, fans of the game still have to deal with various bugs and players who are hacking. One of the biggest issues that players have been forced to deal with throughout various seasons is invisibility. This has come in different forms, with players becoming invisible and more. Now, an invisibility glitch is hitting weapons in Call of Duty: Warzone.

Reportedly, players are experiencing different levels of the weapon invisibility glitch in Verdansk ’84 and Rebirth Island. For some, it appears that any weapons they pick up turn invisible. Others have claimed that their weapons just take a few seconds to load in. Regardless, this can be problematic since you need to be ready to fight at all times.

A player posted a clip on Reddit of them hitting an impressive shot while their gun was invisible. As you can see, the player headed straight for the loadout drop as they redeployed into Rebirth Island. Once they grabbed their loadout, their weapon was invisible. Also, when they aimed down sight, their crosshairs disappeared from their screen. The player still managed to switch to their sniper rifle and eliminate a player. After this, the weapons turned visible again as intended. Fellow Warzone players were quick to praise the player for the kill under the circumstances.

The Warzone gun invisibility glitch can definitely put you at a disadvantage in a gunfight. For now, it appears that the glitch is not affecting any specific weapons, making it even more problematic. Raven Software has yet to respond to the issue. Since it squashed invisibility bugs in the past, hopefully this one can be addressed promptly. Until then, you can only hope that you do not encounter this glitch in any of your matches.

Is this considered a no scope if the gun hasn’t loaded yet? from CODWarzone