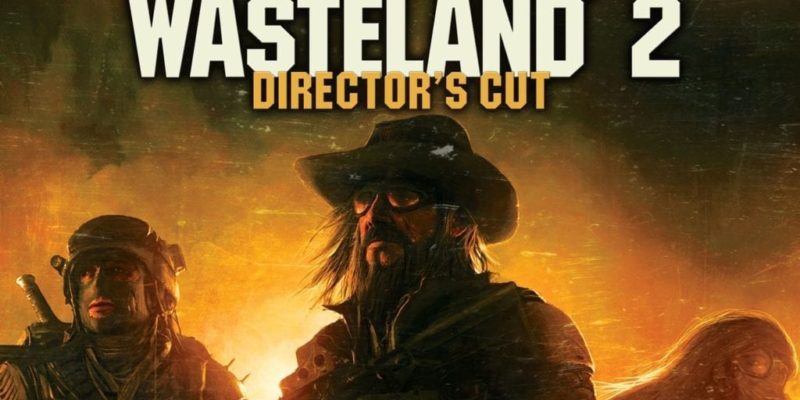 Developer: inXile Entertainment
Publisher: Deep Silver
Platform: PC [Reviewed], Mac, Linux, Xbox One, PlayStation 4
Release Date: October 13th, 2015
Price: $39.99 (Free upgrade to Director’s Cut for owners of Wasteland 2)
First things first, if you haven’t played the original Wasteland 2, don’t fret. This is a fantastic place to start and there is no need to double back. Wasteland 2: Director’s Cut delivers a fresh set of graphic upgrades, new voice over work, and gameplay modifications. It’s not exactly like playing a completely different game, but moreso adding a nice and refreshing feeling to an already good experience. Icing on the cake.
Like most games, there is usually incentive to go back and replay from the very beginning. You get to experience things you may have missed the first go around, or make choices that impact the outcome of the game entirely. Wasteland 2 is first and foremost a role-playing game in the old school PC style. The original Wasteland was released in 1988 on DOS, Apple II and Commodore 64. The game featured a plethora of text-based adventures along with classic RPG elements. (Fun Fact: This later lead to Interplay developing the original Fallout)
Coming back for a sequel after so many years is a daunting task, but last year’s Wasteland 2 was met with positive reviews, garnering an 81 overall Metacritic score.
All that being so, a year later we are graced with a director’s cut. This time the game made it’s way to the Xbox One and PlayStation 4 in addition to a PC/Mac/Linux release.

So, What’s New?
In Wasteland 2, you play a squad of Rangers set 15 years after the aftermath of a nuclear holocaust that took place in 1998. Your squad roams the desolate streets of Arizona and Los Angeles investigating a strange radio signal received after the death of a fellow ranger.
The game’s entire graphics quality was given an overhaul for this version. Using the new Unity 5.0 engine, graphics look more crisp and gritty. New textures and environmental additions fill the void that was a pretty barren map in the past. You can tell there was much more attention to detail, which is something I personally greatly appreciate in games. When you’ve taken the time to iron out even the smallest details, it shows the player that you care about your game.
New dialogue and voice overs have also been added. It’s not clear if the entire game received all new voice overs or not, but the most noticeable enhancement is the actors’ delivery of specific lines. There is more emphasis in a dramatic moment than in the previous version, which seemed more like someone just reading from a script for the first time.

The combat system, which sometimes was a pain, was also given a little face-lift. There is now a mode called “Precision Strikes” which works very similarly to Fallout’s V.A.T.S. combat. This allows you to easily select specific vulnerable areas on an enemy to attack.
When creating and upgrading your character, there is also an added set of skills called “quirks” that will grant some game changing enhancements.  Again, this is very similar to Fallout’s perks system. (Seeing a pattern?) My personal favorite is called “Asshole” which ensures all of the Hard Ass dialogue options succeed. This essentially means you can play the whole game being a complete jerk to every NPC you meet, and be damn good at it.

Bottom Line
Wasteland 2: Director’s Cut feels like the game we should have received last year. Generally speaking, when a “director’s cut” of a game or movie is released, it’s the way of the creator saying “this is how it was supposed to be.” If that’s the true case here, I couldn’t agree more.
Although some may argue that Wasteland 2 has now become a original Fallout clone, I wouldn’t consider that a bad thing. The original Wasteland was decent, but was lacking in many areas, especially in the visual aspect.
If this is your first time with the Wasteland series, this is definitely a great game to get start with. The first original Wasteland is great nostalgia, but not necessary for playing the sequel. Same goes for last year’s Wasteland 2. You can skip that game all together and just go right to the “Director’s Cut” where you will experience a much more fleshed out game.
If you are a returning player, you are in luck. Wasteland 2: Director’s Cut is 100% free for owners of Wasteland 2. If you played the game through Steam, you should see the Director’s Cut sitting in your library already.