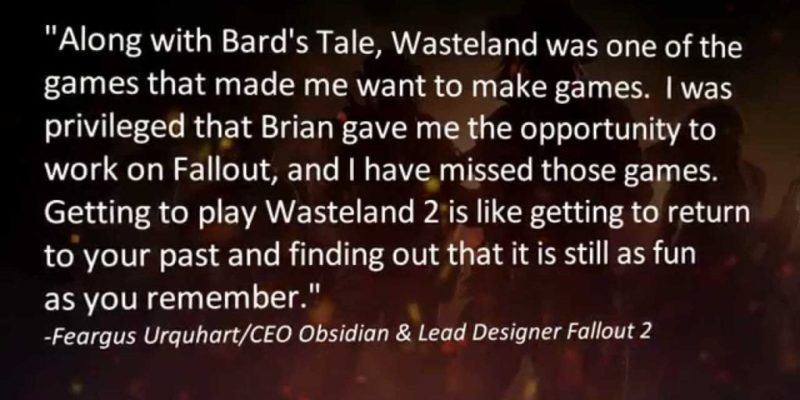 Kickstarted post-apocalyptic RPG Wasteland 2 is out now, everyone, and it’s got a nice launch trailer to go along with it! Possibly making it the only game this decade which has a launch trailer on the same day as the game’s actual launch. You wouldn’t think that was something so hard to get right, but there you go.

Wasteland 2 is inXile’s sequel to the post-apocalyptic RPG which – 25 years ago – provided some heavy inspiration for Fallout. It puts you in command of a squad of Desert Rangers sent out to pacify the dangerous wasteland, and promises a whole lot of choice and consequence.

Wasteland 2 has been in Early Access for quite some time but I can’t tell you whether it’s any good or not, because I really wanted to wait until it was done before playing it. It is now done, and I’m downloading it right now.

You can have a look at the launch trailer below, and probably be about as miffed as I am that, while the first half of the video is an atmospheric look at gameplay and some stats about the game’s development, the second half is just a lot of lengthy quotes from people in the industry about how wonderful the game is. You can pick up Wasteland 2 on Steam over here, but either Peter or I will be playing it shortly, so you may want to wait for our thoughts first.