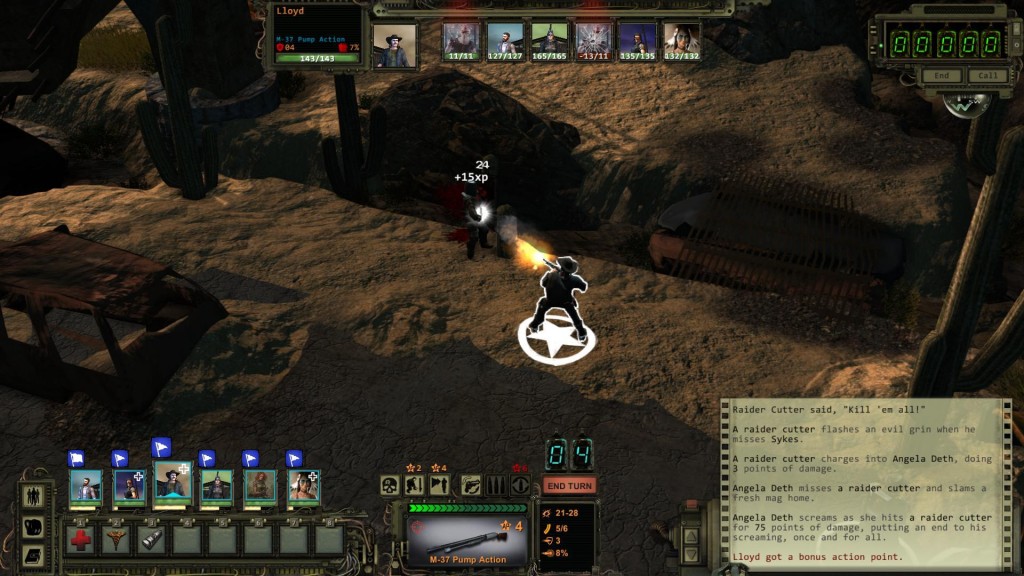 The third post-release patch for Wasteland 2 has been pushed out, so Steam should automatically update your copy of the game and apply the changes. Patch 3 looks pretty substantial, adding the chance to replay the game with a veteran party who’ve already completed the title once.

A colourblind mode has been added too, accessible through the display options. As you can imagine this changes some of the HUD elements (especially during combat) to make this a little easier to discern. The epilogue of the game is said to have been improved, and there’s been further cleanup of bugs; particularly in the California section of the game.

Post-patch, Wasteland 2 will now have Steam achievements for the Windows version of the game.

You can read a full and exhaustive list of changes at the Wasteland 2 tumblr, but here are the key bits.