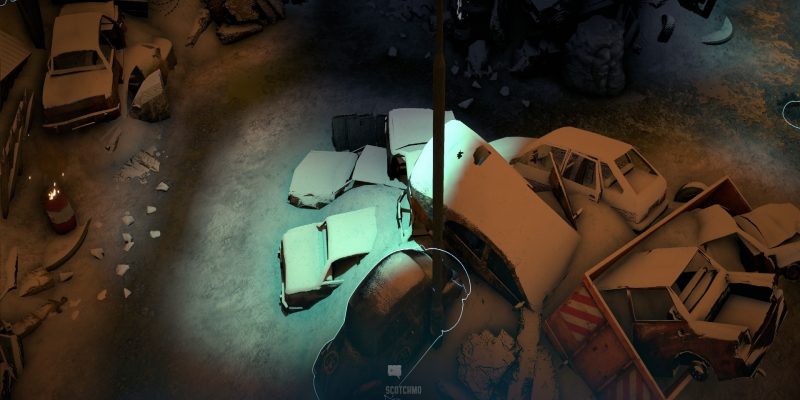 Once you’re done handling the conflict in the Factory Level, you’ll return to Abigail Markham. Your task now is to look for her old partner, Blue, who seems to be leading the Ghost Gang. You’ll find clues in the Scrapyard outside the gates. Here’s our Scrapyard puzzle walkthrough and guide for Wasteland 3: The Battle of Steeltown.

Note: For more information about Wasteland 3: The Battle of Steeltown and the base game, check out our guides/features hub and expansion walkthrough.

The Scrapyard is just west of the Steeltown Gates/refugee area. You’ll see members of the Ghost Gang (the same gang that tried to attack the moment you arrived in Steeltown). They’re fixing a mech called H3R0. You can use Nerd Stuff 5 and Mechanics 7 to disable H3R0 and pick up 4x Tellurium.

Note: There are several traps in this area, so Explosives and Sneaky Shit will definitely help. 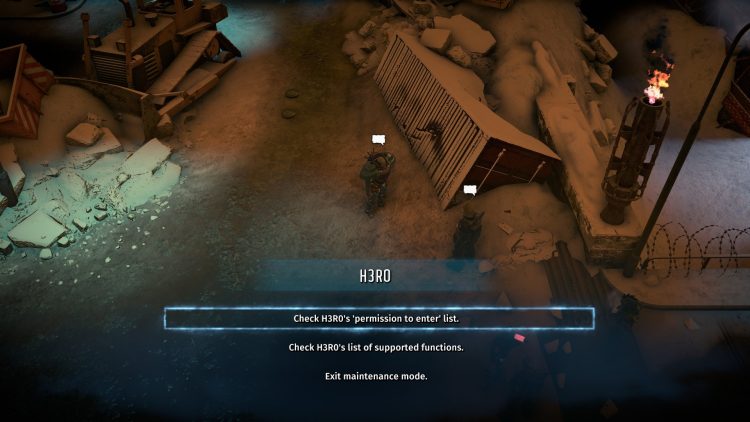 To the north, you’ll encounter an odd fellow called Young Man Vinters. This is actually a reference to Old Man Vinters, a character from The Bard’s Tale (a game made by inXile Entertainment). They both pretend to be bears to scare off people. 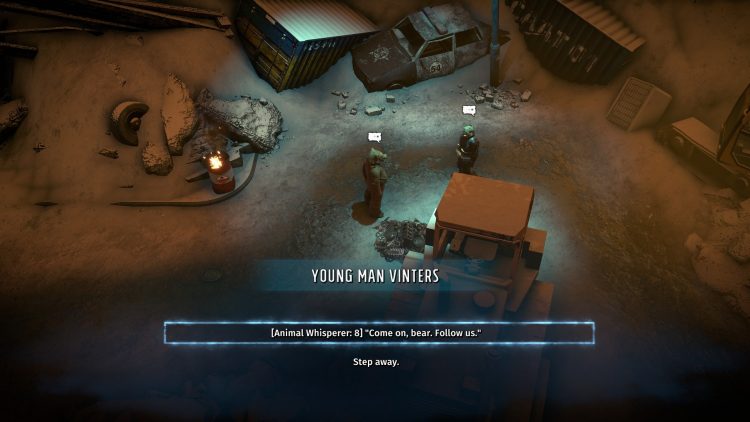 To the south, you’ll find several worm mobs. Don’t forget to drive the Kodiak so it can fire on the creatures.

You’ll find a toilet here which is required for the “Flushed” sidequest. Talk to Luis in the refugee camp and give him 5x Chemical Neutralizers to clean it up and complete the sidequest. You may also tell Luis about his wife’s death in case you picked up the letter in the Factory Level. 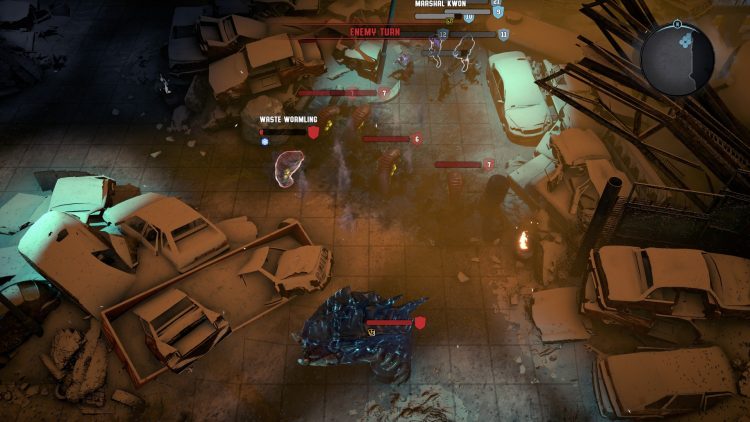 The journal mentions a Scrapyard puzzle to reveal the Ghost Garage’s location. It involves interacting with the cars in the Scrapyard in the correct order (i.e., 9-1-63-2-54-3):

This will open the entrance of the Ghost Garage. Let’s talk about this location in the next part of our Wasteland 3: The Battle of Steeltown walkthrough. 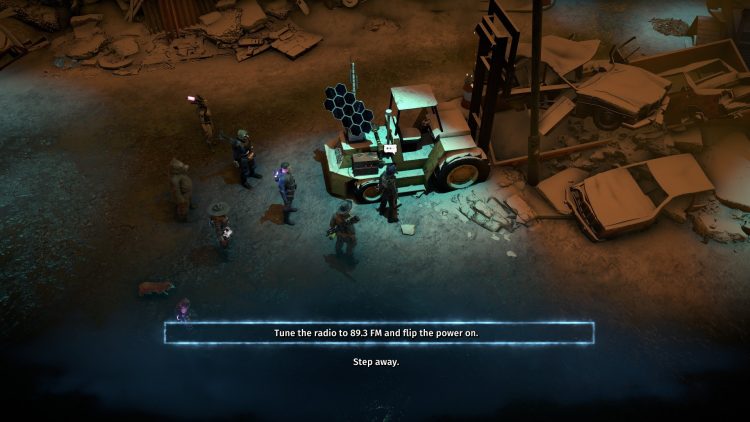