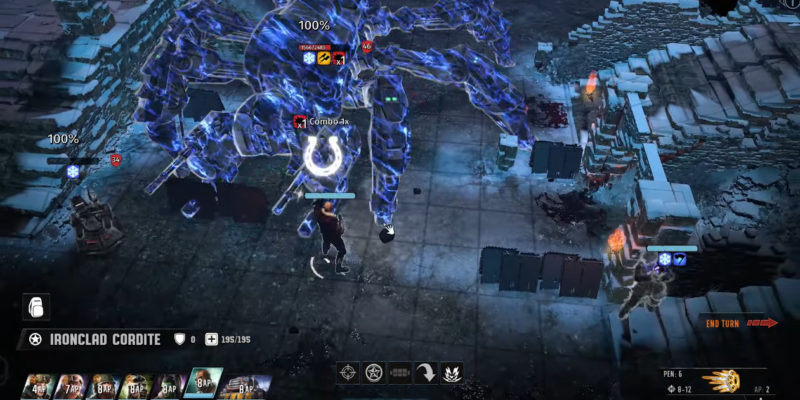 Good news, hardcore RPG fans. Wasteland 3 will be full of stats, quirks, percentages, and more stats. There are also plenty of attributes for your character to choose from. They aren’t anything revolutionary, as most RPG fans will be familiar with the available attributes, but it’s nice to know number-crunchers will have a fun time trying to min-max specific builds. David Rogers, lead designer for Wasteland 3, explains the attributes, stats, character customization, and combat in inXile’s latest dev diary video.

Rogers throws out a few crazy characters builds that players can use. For example, you could make a human missile. It’s simple. Give the character the Death Wish quirk, which restricts a character from wearing armor but gives them three extra action points. Hand ’em a powerful melee weapon, and they can charge right into combat and start slashing. 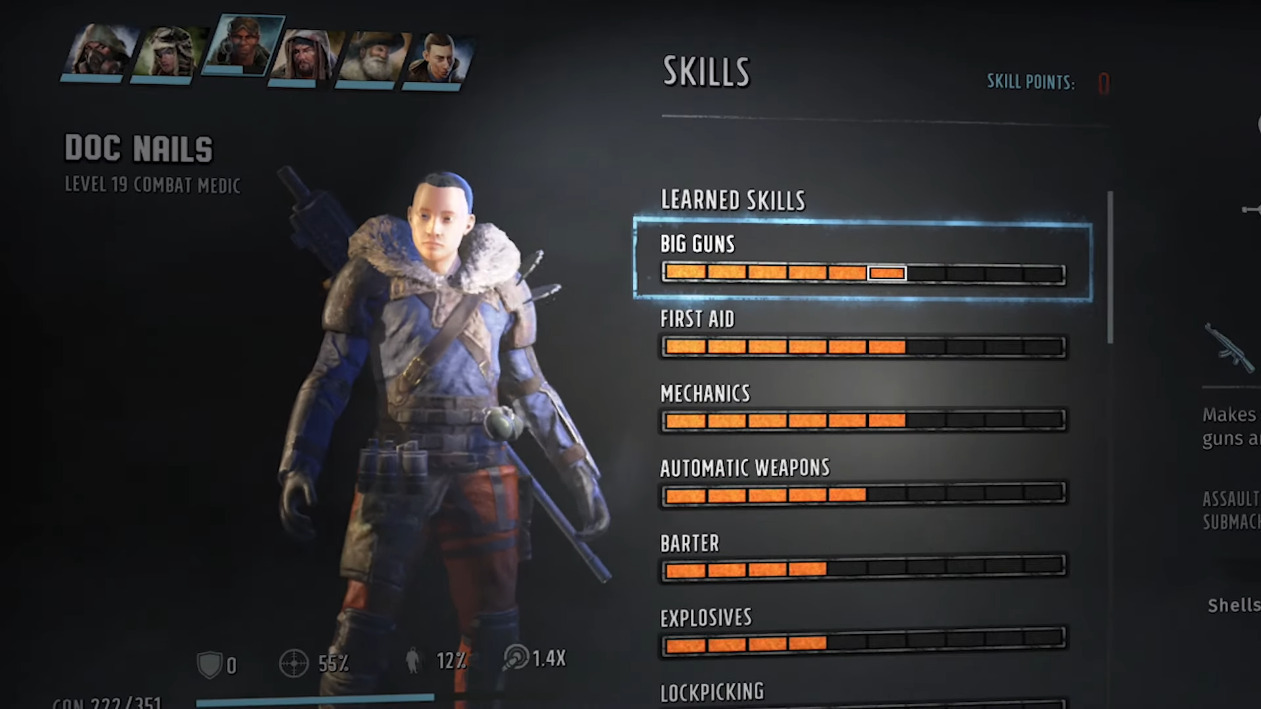 Another build is the brawler, who uses the new combo meter feature. The brawler can stand toe-to-toe with the worst that Wasteland 3 has to offer. He’s the post-apocalyptic version of MMA fighters who want to go punch gigantic, irradiated mutants. As the combo meter increases, your critical hit chance and damage increase. Intelligence buffs critical hit chance and damage, so make sure your brawlers are intellectuals, too.

There are also a plethora of quirks to choose from in Wasteland 3. Blunderer, Bop Bag, Doomsday Prepper, Mime, and Poindexter are a few you can choose from. A notable quirk is Pyromaniac, which increases your fire and explosive damage at the cost of a fifteen-percent chance for your character to burst into flames when you use explosives. Sounds like a decent trade-off. 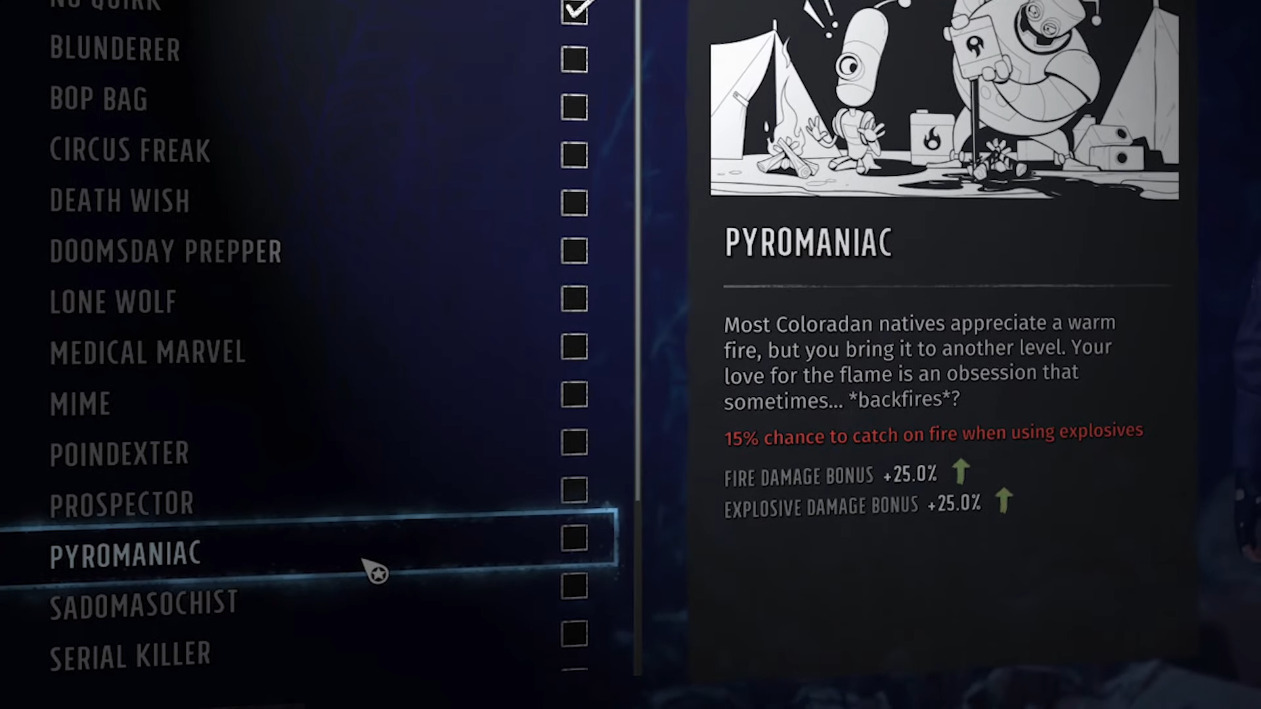 If you don’t care too much about character customization, then you can choose from premade character duos. The duo system includes companions like William and Li Tsing, a father and daughter pair. The system sounds a little like Divinity: Original Sin 2‘s origin system, although it remains to be seen if there will be personal stories and branching quests for the characters.

The video also shows off plenty of combat scenarios. It also demonstrates the importance of diversifying your squad to use different weapon types, as ammo will be scarce. Rogers points this out during footage of a team fighting a gigantic Scorpatron robot. When the team runs out of ammunition, they are reduced to running up and punching it. You probably don’t want to reach that point yourself.

Wasteland 3‘s combat system has been overhauled this go around. It has exchanged its predecessor’s initiative system for a different type of system. Now, player characters’ turns are bunched together, but so are the enemies’. Rogers states that the new system will allow for more tactical maneuvering than in Wasteland 2.

I can see it work both ways. I’m a fan of initiative systems when done right. XCOM: Chimera Squad successfully did away with the series’ team-based turn system in favor of initiative. I can see Wasteland 3 pulling off a similar chance in mechanics. As long as the combat is fun and provides depth, it probably won’t matter too much. 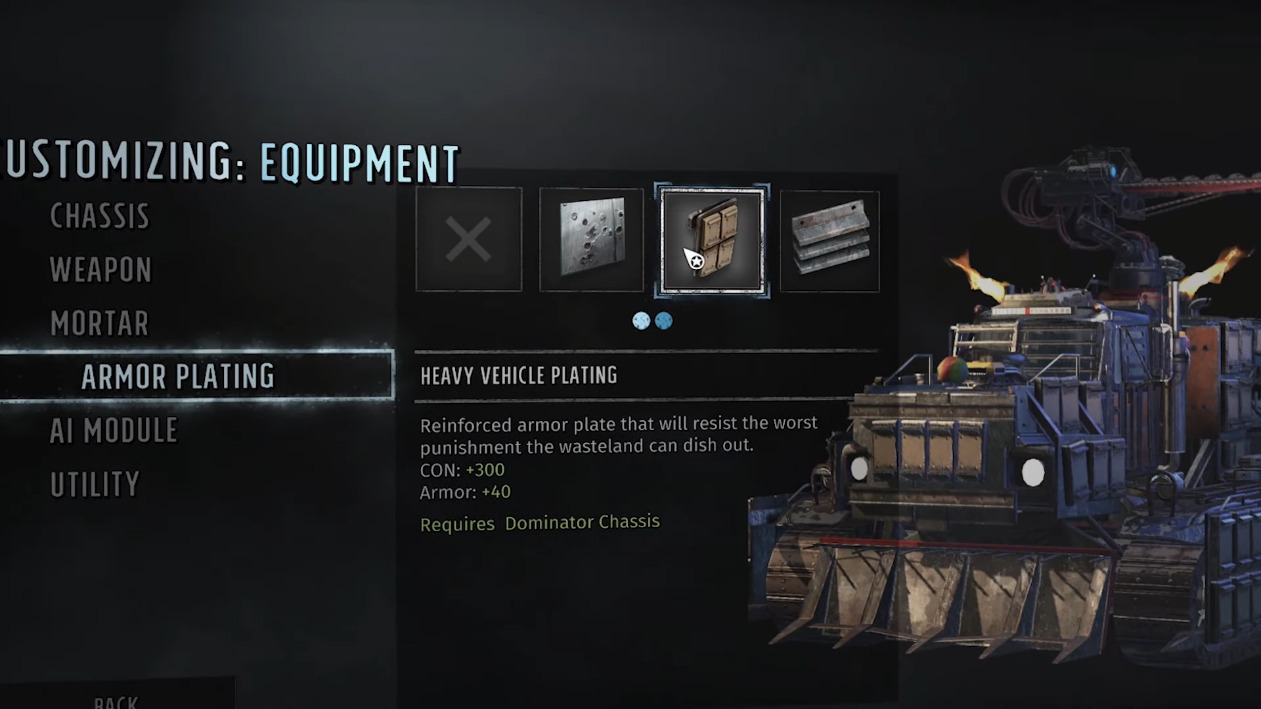 At the end of the video, Rogers talks at length about the Kodiak. The Kodiak is your squad’s gigantic vehicle and your ticket to navigating post-apocalyptic Wasteland 3‘s Colorado. In addition to a gigantic gun on top of the Kodiak, you’ll have plenty of customization options from armor to weapons and cosmetics. You can also install a La Cucaracha horn, which should be mandatory for every player.

Wasteland 3 releases on August 28. You can preorder it on Steam for $59.99, and it is also headed for Xbox Game Pass for PC. For more info, check out our first impressions and an interview with Brian Fargo here.

Assassin’s Creed Valhalla will be bigger than Odyssey