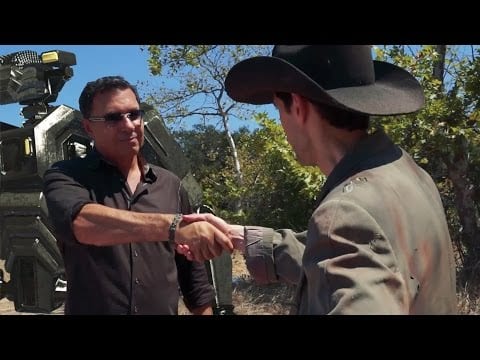 It doesn’t seem like Wasteland 3 is going to have too much bother meeting its $2.75mil funding goal through Fig. The crowdfunding campaign launched this morning, and (as I write this) already has $1.5mil secured.

The ‘early bird’ PC digital copies for $25 are all gone, so the $33 option is now what it’ll cost to secure a copy at release. That release date is currently estimated at Q4 2019, which looks like it might actually be a pretty realistic target.

If you read our prior story about Wasteland 3, you’ll have a fairly good idea what this sequel is going to add to the party-based RPG formula. As a recap: it’ll have co-op multiplayer (where a friendly and/or rival squad can play through the game with you), the dialogue system from Torment: Tides of Numenera (inXile’s other RPG, presently nearing completion), claims of a more nuanced story set in Colorado, and vehicles you can use as mounted turrets in combat.

All of that stuff is re-iterated in the very silly pitch video (below), and you can see an approximation of gameplay in the other trailer. From the looks of that, Wasteland 3 will feature a lot more expressive character interactions.