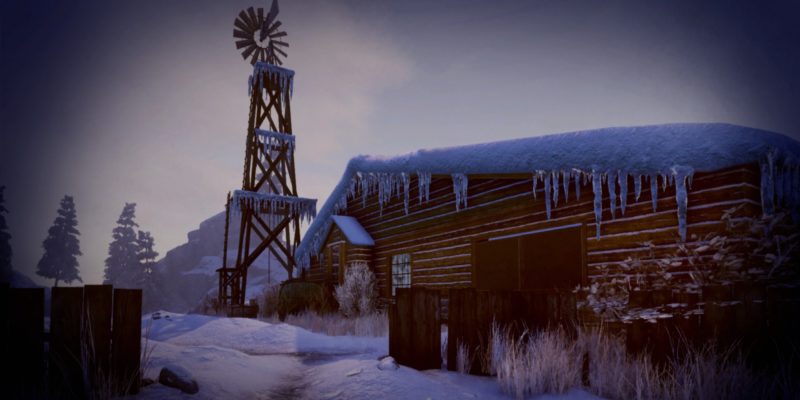 Once you start exploring the world map in Wasteland 3, you’ll hear a distress call from two locations. You can only pick one: Hoon Homestead or Arapaho Caravan.

Hoon Homestead is just a bit northeast of Colorado Springs. Arapaho Caravan, meanwhile, is to the southwest. Time is of the essence, so you’ll want to quickly reach either location. It’s akin to the previous game’s Ag Center vs. Highpool dilemma. The Hoons will give you the Infantryman’s Bible skill book (Automatic Weapons +1).

There’s a toaster here (Toaster Repair 1) with junk that can be sold for $1,000. The nearby safe (Lockpicking 6) has an audio cassette. 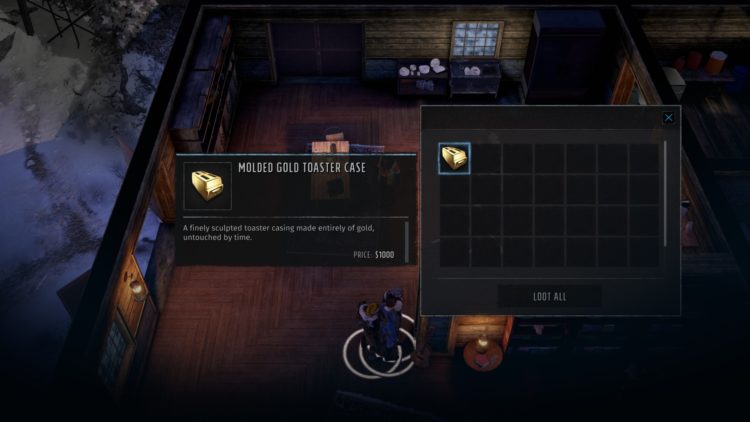 If you attempt to take the Hoons’ prized rifle from its mantle, you’ll end up fighting them. Marshal Kwon (and probably Lucia) will also become hostile if you take the weapon.

Note: Outside, there’s a grave that you can ask the Hoons about — you won’t find out who’s buried there until much later in Wasteland 3. The traps at the side of the house can be disarmed (Explosives 4).

Behind the house, you’ll find an entrance to a bunker. You’ll need Sneaky Shit 4 and Mechanics 3 to inspect and disable the defenses here. You can also use Lockpicking 6 to open the doors. There are several weapons in the containers and a Survivalist’s Diary misc. item. If you visit Arapaho Caravan after this, you’ll see that it’s been destroyed and a few growler mobs are roaming the grounds. The building to the right has a locked door (Lockpicking 3). The chest has a cassette and Red Wire or Blue skill book (Explosives +1).

Head to The Bizarre when you’re done. Enter the building to your left. Lockpicking 3 opens the door and there’s a hidden pathway that’s revealed if your Perception is high enough. The next building has a generator (Mechanics 3) that lets you disable the turrets. Take out the Scar Collectors and don’t forget to have the Kodiak provide fire support.

Speak with Drive Train — Kiss Ass 5 will net you 10x repair boxes. The containers have ammo and weapons too. The building to the right has a locked door (Lockpicking 3). The chest has a cassette and Red Wire or Blue skill book (Explosives +1). If you visit Hoon Homestead after this, you’ll see that it’s been ransacked. You can still grab the toaster and Automatic Weapons skill book, but the path to the bunker has been blocked.

Anyway, it’s time to go to The Bizarre.