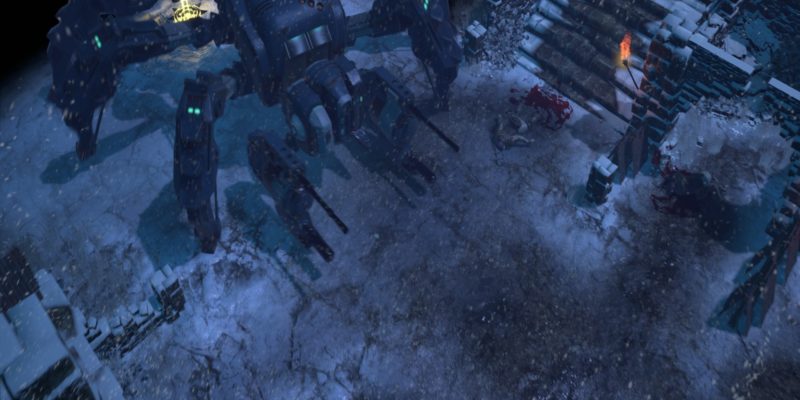 The Kodiak is a massive tank that lets you explore Wasteland 3‘s world map. Here’s our guide to help you out. Wasteland 3: Exploring the world map on the Kodiak

You can start exploring Wasteland 3‘s Colorado wilderness as soon as you reach Ranger HQ. Be forewarned that, should you venture further ahead, you’ll end up with a dilemma where you have to choose between Hoon Homestead or Arapaho Caravan.

For now, try to familiarize yourself with the game’s world map. You can reveal the entire region as you explore, or once you’ve acquired the Survival skill’s rank 10 perk. 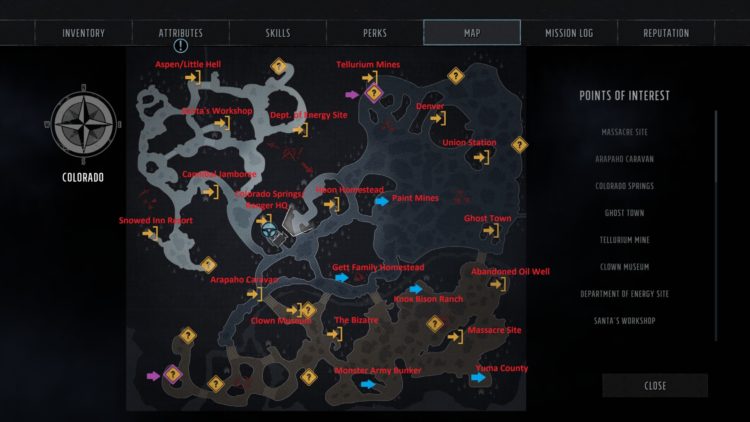 You’ll notice a couple of unusual edits I’ve made:

Stashes are readily seen on Wasteland 3‘s world map if you’re near the area. More often than not, these are boxes with a lot of scrap. Camps and bunkers appear from time to time while roaming around via the Kodiak. You’re presented with skill checks such as having Lockpicking 5 or Animal Whisperer 4. In turn, you’ll be able to obtain rewards from currency, ammo, guns, and even high-end equipment. Lastly, you’ve got stores. These also pop-up from time to time and you can buy loads of stuff from vendors. The problem is that these vendors are tied to factions. If your reputation status is “disliked” or, worse, “hated,” the vendor won’t bother interacting with you. How exactly do you ensure that your Kodiak is a well-oiled machine? Well, you just need upgrades. In Wasteland 3, you don’t need to bother with fuel (or, like in the previous game, water). At best, you want to look at the Kodiak’s chassis since this will determine its radiation resistance. The higher the resistance, the more you’ll be able to explore since you won’t need to worry about being irradiated to death. Chassis and other upgrades are purchased from the Ranger HQ’s garage mechanic. You’ll unlock more as you progress through Wasteland 3‘s campaign.

You’ll also be able to obtain some upgrades via quest completions or as loot (i.e., ornaments). In some cases, these are handed to you by the Patriarch if you complete a main quest. 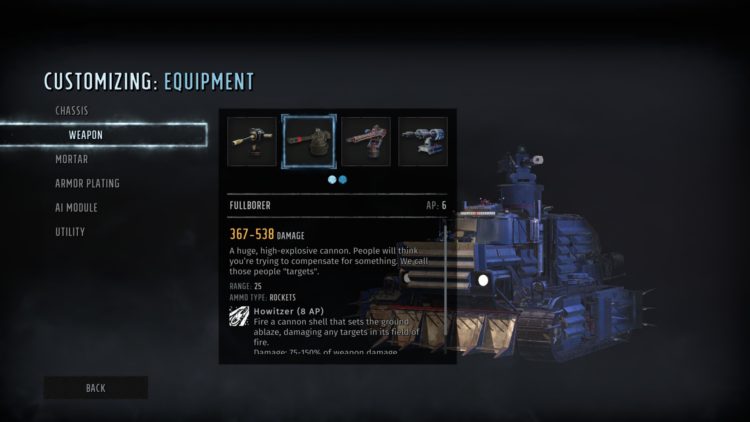 There’s another important upgrade for the Kodiak called the Morningstar AI. Not only does it boost the Kodiak’s action points (AP), but it also installs an AI personality so that the vehicle will sometimes chat with your characters. 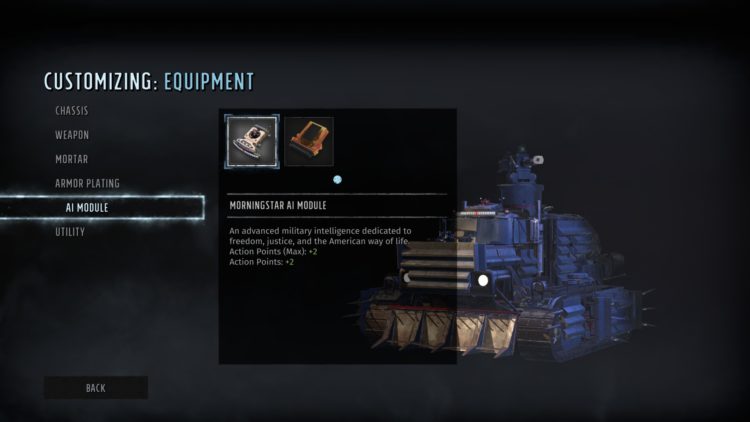 You’ll end up in a few battles whenever you’re exploring Colorado’s frozen landscape. It could be against gangs or drools, or maybe against evil robots. You can attempt to escape, but failure will allow the enemies to have a turn/initiative advantage.

Alternatively, skill checks will apply. Survival lets you escape hostiles without issues. Other skills such as Weird Science, Animal Whisperer, First Aid, and even Hard Ass are used if you want to have the advantage when you start the fight. If you do commit to battle, your trusty Kodiak will be there with you acting as an extra squad member. It has its own AP and several attacks depending on its upgrades.

If you’ve obtained weapons such as the Cluster Bomb or Fullborer, your Wasteland 3 adventure will be a breeze. Your Rangers can also use the Kodiak as cover if need be. Apart from the drops of enemies, world map encounters will always yield one chest with a lot of loot. Arguably, the toughest fight you’ll have on the world map is against the Scorpitron. There are only two of these found in Colorado and they tend to patrol their respective areas.

The Scorpitron encounter is initiated by moving next to it. You’ll then have options to attack or rely on your Sneaky Shit skill to grab more supplies. The higher your skill level, the more supplies you can pick up. These will manifest as large chests once you enter the tactical map. The Scorpitron is flanked by half a dozen robots. They don’t have a lot of health, but they’re very deadly due to pulse and laser weapons. Plus, the Scorpitron will often use its AoE attacks to damage your own troops. Ideally, you should have your Kodiak pound it with cannons and present itself as a target. Then, blast it with everything your teammates have.

Once done, pick up the loot (Scorpitrons usually drop a Tactical Nuke). Who knows, with a high enough Perception stat, you might even find a Time Capsule hidden in the area. The Time Capsule contains a letter from inXile head honcho and Wasteland creator Bryan Fargo. Take a picture of that and you can enter a contest from the developers themselves.