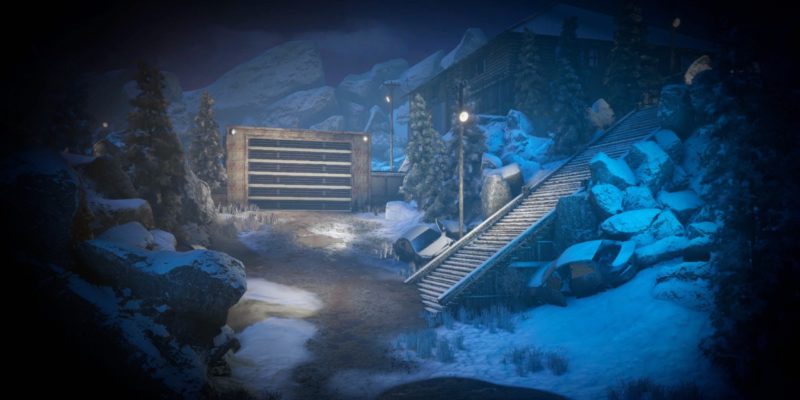 Although Wasteland 3 has several bite-sized sidequests for you to complete, Frontier Justice involving Nelius Dorsey is one of the most important because it ties into Lucia Wesson’s character arc.

Note: This guide will contain spoilers. For more locations or quests, you can head back to our campaign walkthrough main page. Alternatively, you can check our Wasteland 3 guides and features hub. 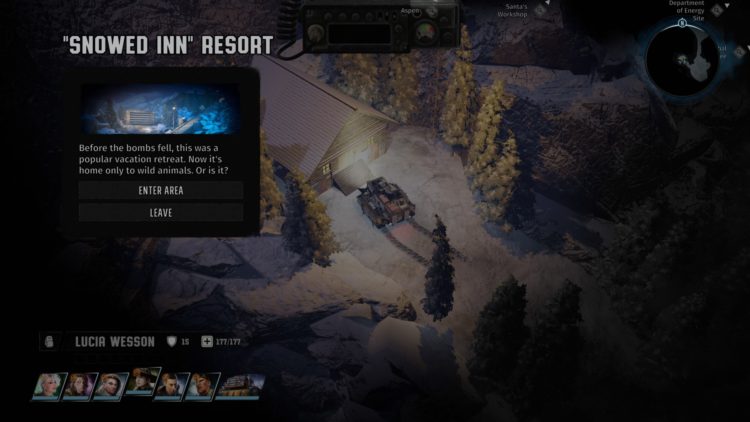 In Colorado Springs, we met Lucia Wesson who swore vengeance against the Dorsey clan. That’s when the Frontier Justice sidequest pops up, with the objective of finding Nelius Dorsey.

There are other Dorseys, sure, but it’s Nelius who’s our target. You’ll find him in the Snowed-Inn Resort at the western edge of Wasteland 3‘s world map. Oh, and make sure you bring Lucia with you. 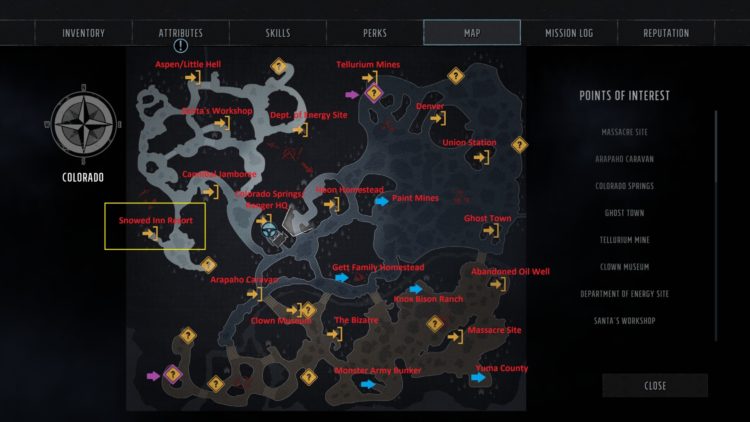 The area itself has two massive gates that can’t be opened (unless you have Nerd Stuff 9). However, the dirt paths to the left and right will lead to cabins.

The cabin on the left (Lockpicking 1) has several Dorsey bandits as well as the Bleeding Edge skill book (Melee Combat +1). You’ll also find a valve that opens the first gate. 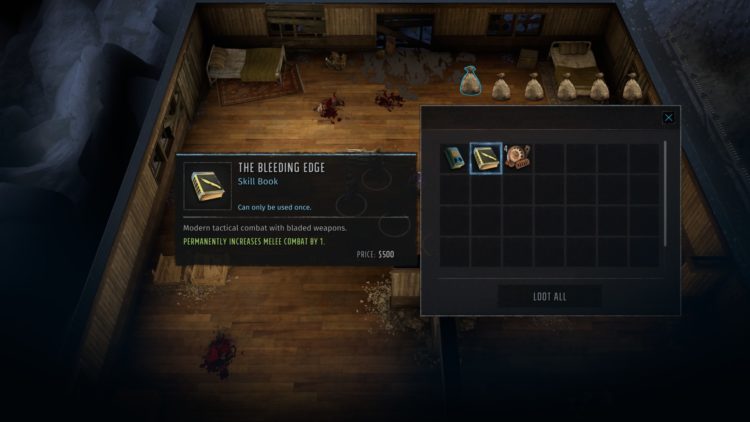 Next, head to the right side. The area with razorbacks has a Zen Zoey creepy doll.

The cabin there has a toaster (Repair Toaster 7) with an Owl of Minerva. Interact with the valve here too.

Note: As seen in the comments section, if you bring The Provost here — he’s the AI-controlled companion that you rescued in The Warrens — it’ll give you the location of a Mysterious Cave (a secret location) in Wasteland 3. I wasn’t able to test this out since The Provost was already dead when I got to this point, and I don’t even remember how that happened. 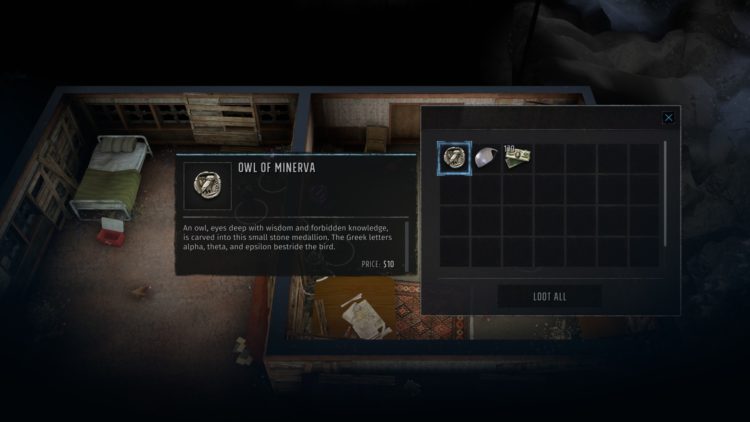 Once both gates are open, use the side passage because the courtyard is teeming with lots of bandits, turrets, and a Dorsey Warbot.

The good news is that you can move the Kodiak towards the courtyard to provide fire support. 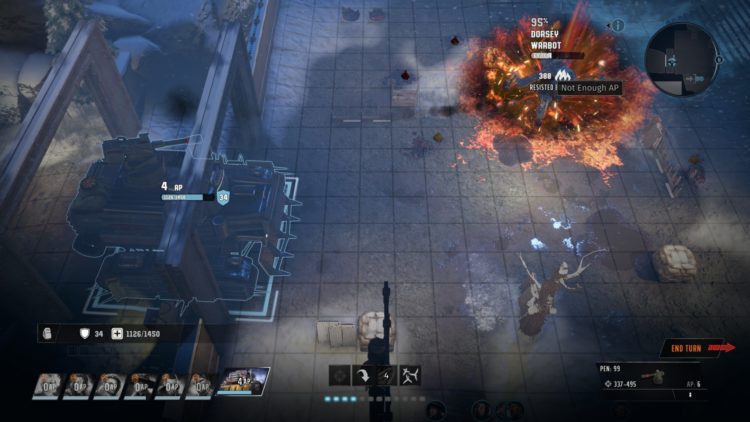 Head to the last building and you’ll find Nelius Dorsey holed up inside. During the conversation, Dorsey will finally admit what had happened all those years ago when the Patriarch first took power.

Well, now that’s a plot twist I did not expect. It looks like the Dorseys wanted free elections in Colorado, but Lucia’s father Percival was blindly loyal to the Patriarch. 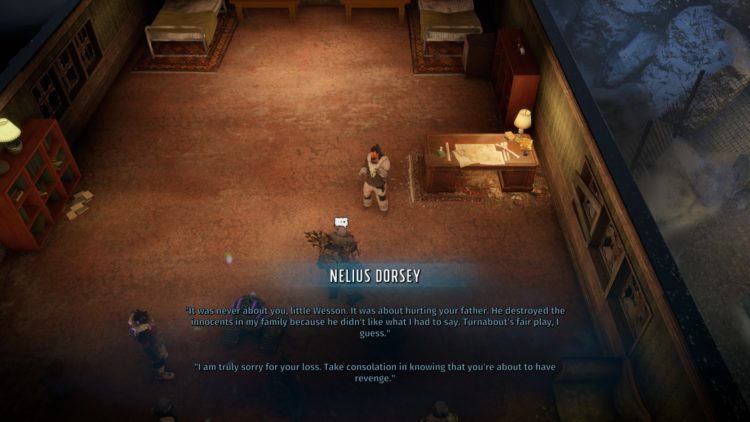 It was Mr. Wesson who ended up massacring the Dorseys with only a handful surviving the purge. That’s when the Dorseys swore vengeance, eventually attacking the Ranger convoy and murdering Lucia’s family.

You have the option to let Lucia claim her vengeance. 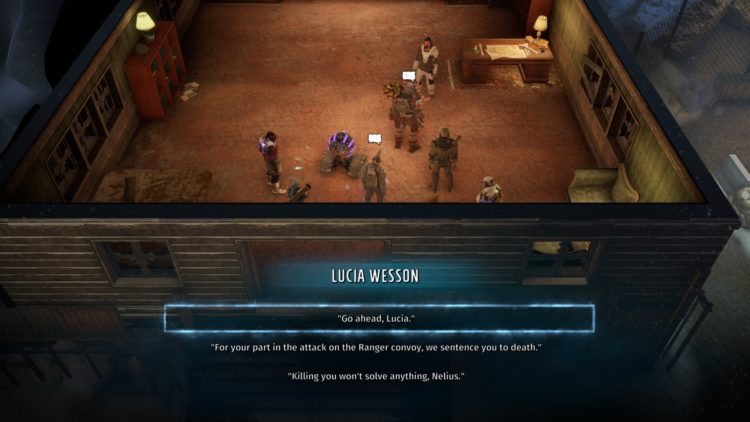 There is, however, one more thread — Percival Wesson. Lucia’s father is being held hostage by Liberty Buchanan. You probably won’t know where her base is until much later in the game. You’ll need to take care of Valor and Victory first. Then, you’ll meet a familiar face who tells you where Liberty is encamped.

For now, though, grab all the loot in the cabin. You’ll find the Plasma Hammer, Cyber Fist, Dorsey Family Sword, and Stinger rocket launcher. 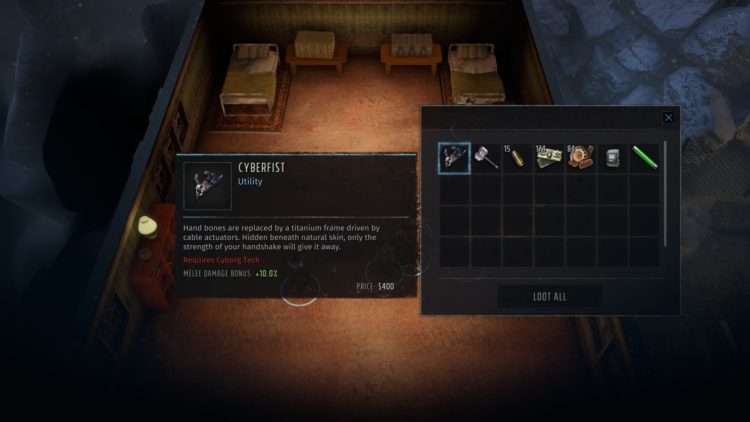