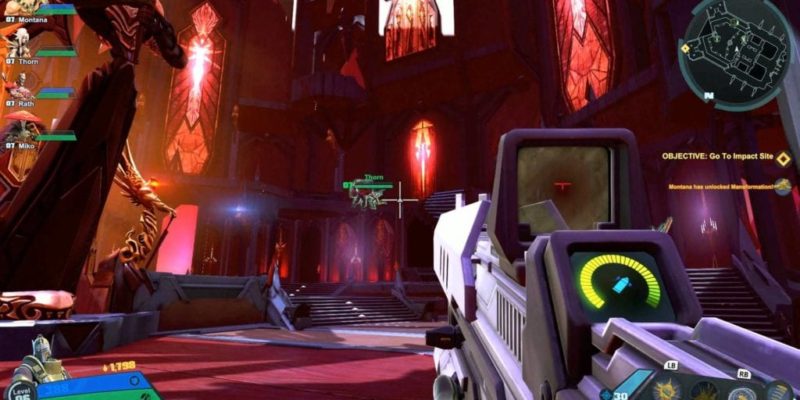 Battleborn is still not a MOBA as the co-op campaign is explained and demoed.

Gearbox sit down for an 18 minute long chat to explain exactly what Battleborn actually is. When it was announced they were keen to stress this game was more than a MOBA but at the same time it sounded exactly like a MOBA.

In this video they attempt to show why this is nota MOBA because it has a co-operative campaign in which the colourful characters run around carrying out objective while taking on waves of enemy.

The video does demonstrate the diverse characters with their unique skills and character customisation. It does look rather nice although how much of the game is made up of co-op missions is a little unclear.