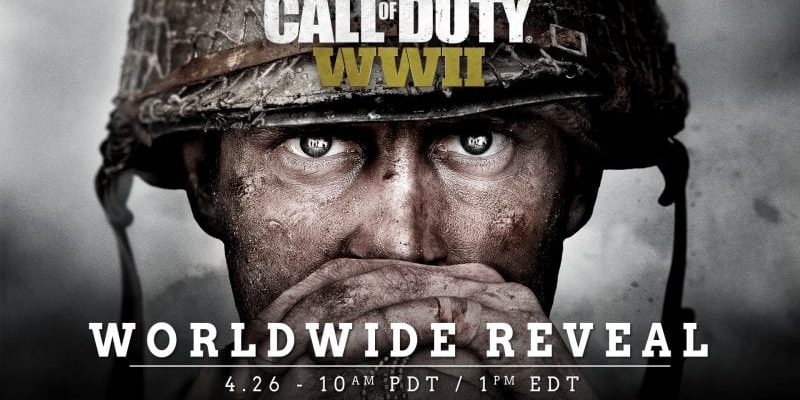 The stream will be aired from the London IMAX and it’s the first chance fans will be able to check out the latest COD. The return to WWII has been well received by fans and this latest installment takes players back to 1944 with a single player campaign featuring different storylines.

The game begins with the American campaign one day before the D-Day landings where players will be dropped into Normandy and have to battle their way across France.

In the British campaign, players take on the role of Sergeant Evans of the 6th Airborne Division who meets up with Captain Price who has appeared in previous CODs. Evans will have to fight his way into Germany.

The Soviet campaign will drop players into the Battle of Stalingrad as Russian Private Voronin of 150th Rifle Division who is also battling his way into Germany to take down the Reichstag.

Hopefully, we’ll hear more of how this all fits together later today (26 April) at 6PM GMT/10AM PST when the stream kicks off. You can watch the stream below when it goes live.