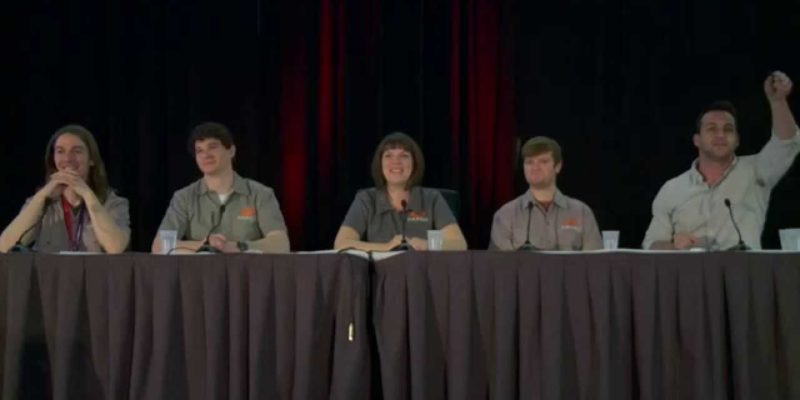 Firaxis and 2K have made the full Civilization Beyond Earth reveal panel form last weekend available for all to view. That was nice of them, eh? The video is below if you want to skip right to that. The opening 3.50 or so is just an introduction and the reveal trailer, so you can start beyond that if you’ve already seen that teaser.

The “is this a sequel to Alpha Centauri?” question is addressed nice and early, to which Firaxis say “we like to think the heart and soul of that game lives at Firaxis” (it’s actually EA who owns the legal rights.) “For all of you out there who love Alpha Centauri, this is the game we have made for you,” they add. Which is fairly unambiguous, really.

After that, it’s said that actually Civilization Beyond Earth will contain elements from all the Civ games.

It’s based around 250 years after the present day, where something called “the great mistake” has occurred (perhaps a nuclear exchange,) that plunged Earth into a new Dark Age. Humanity has pulled itself out of that, but now wishes to leave what remains of Earth. Civilization Beyond Earth tells the story of your own expedition to the stars. Every time you play you’ll play as a different expedition, heading to a different planet.

The exposition about the calamity is purposefully vague, because the game is about the progression beyond that point; the aspiration to leave the planet. There’s also some nice discussion about the famous “Earthrise” photo from 1968.

Starting choices include opting for a National sponsor (the Pan-Asian Co-operative is given as an example,) which will influence certain bonuses. You’ll also choose what type of space craft to leave on and what kind of colonists to take. All of these decisions will shape the early game.

Firaxis say they “took the bones of Civilization and built something else on top of it.” Cities, tiles and yields may be familiar to Civ V players, for example, but the warning is to “treat it like Civ V at your peril.”

There’s a fair bit more in the full panel discussion, including discussion of technology (now a “web” not a tree,) progression, units and exploration.