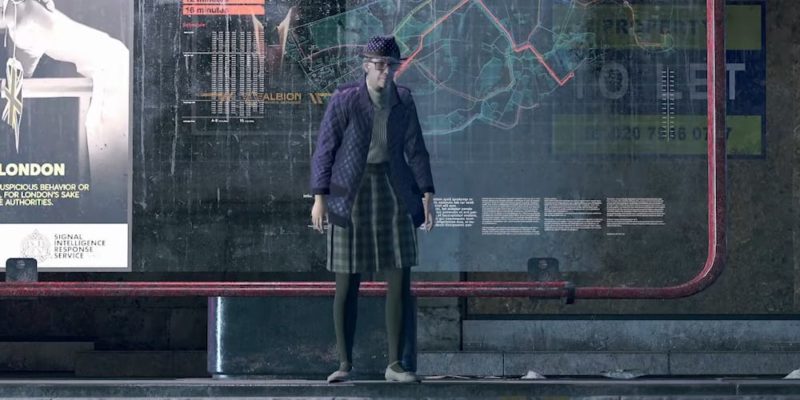 I was sitting in the audience during the Ubisoft press conference when the trailer started to roll for Watch Dogs: Legion. Before even seeing the trailer, I had heard rumors and a few leaks about the potential game just days before the Electronic Entertainment Expo (E3). As it started to play on the big screen I thought to myself, “Here we go, this is it!”

To my surprise, many of the rumors turned out to have some truth to them. There wasn’t one individual protagonist to the third installment in the Watch Dogs franchise. Ubisoft instead opted for something completely different. You can recruit people to join your cause, fighting on in the name of the hacker group, DedSec. This also meant that any old Joe Shmoe on the street could join your cool new gang. You can recruit anyone.

This “recruit anyone” idea was the premise on which the game was built, a theme emphasized throughout the trailer. To many people’s surprise, including me, this meant that you could also build a team of elderly granny heroines. When that moment was revealed in the E3 trailer, there were audible gasps in the audience, but mostly applause that Ubisoft really did mean anyone. 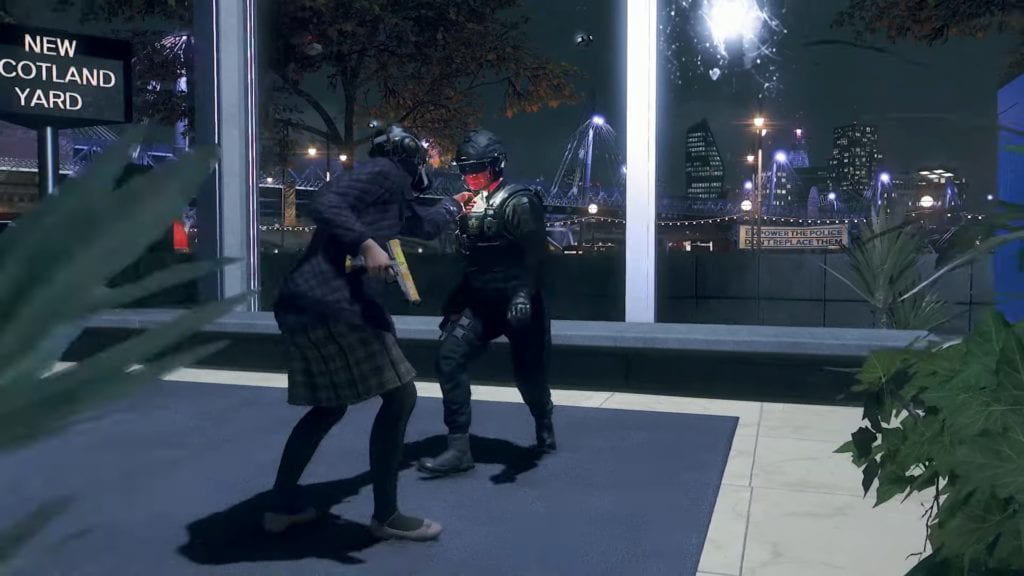 This past weekend I had the opportunity to attend Canada’s growing gaming expo, EGLX. It was during the show that I got to observe a panel done by two developers on the Watch Dogs: Legion team. They talked about crunch, self-doubt, and also, how the infamous grandma was cut numerous times during development.

Grandma, are you there?

The panel was lead by the Watch Dogs: Legion narrative designer Kaitlin Tremblay and producer, Lathieeshe Thillainathan. During the talk on stage, the duo discussed many facets of the game’s development. This included how the seemingly endless supply of dialogue scripting was done to cover each of the five main story paths that can play out. Towards the end of the panel, I had asked a two-part question regarding crunch and self-doubt. Both Tremblay and Thillainathan went on to respond. However, during Thillainathan’s response, he dropped a surprising tidbit of information about the now-infamous granny. Helen, as she’s commonly referred to, was actually almost scrapped numerous times during the development process. 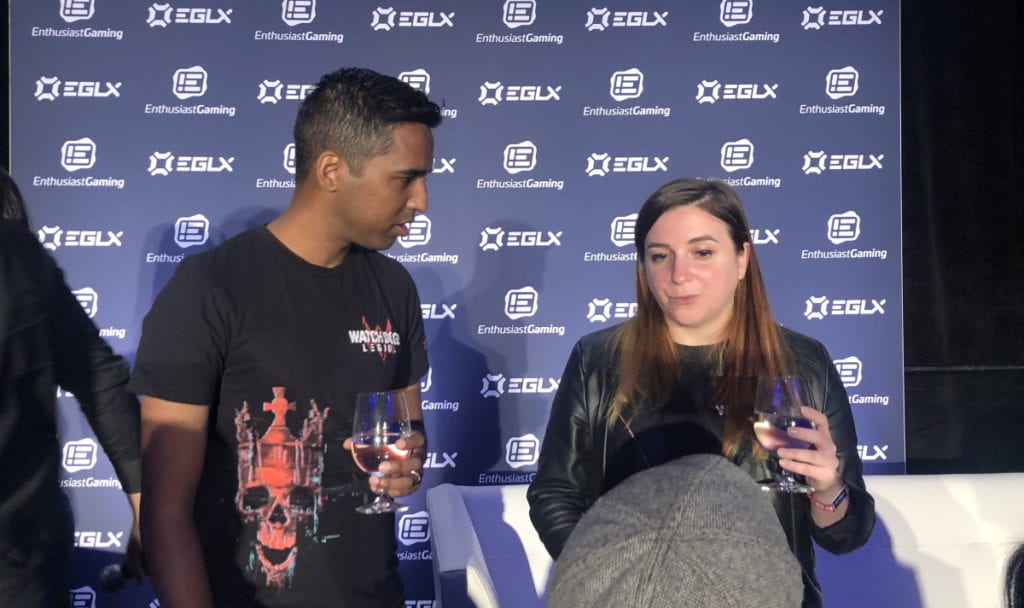 “Everyone talks about Helen. And, another joke I have, we almost cut Helen like 15 times throughout the game,” Thillainathan said.

He goes on to talk about how the team would build things that they wanted to. And in this case, a grandmother character was the byproduct. Thillainathan then says in reference to Helen’s early builds: “This is really cool, but why? Why build this thing? Why put ourselves through it? And, we were just like, man, cause it’s really fun and cool [laughs]. And, when we brought it to E3, we had no idea how you guys would respond to it, how the world was going to respond to it, and so that was a huge moment of doubt for us. Just, investing so much time and energy.”

Thillainathan expanded a little more on the topic of Helen. He emphasized that adding a grandmother character also meant a whole new series of movements, use of weapons, and cover systems. But, that doubt came with reassurance in what they were creating.

“Because you don’t know where you’re going, but you know you were on to something,” Thillainathan said. “And, that was I think an exciting part for the team.”

Taking a look back on the initial reveal, there’s no telling how reception might have been minus Helen. If the team hadn’t taken on something different, unique, or even embraced the doubt, sprinkled with a little bit of excitement, would we even be talking about Watch Dogs: Legion right now?