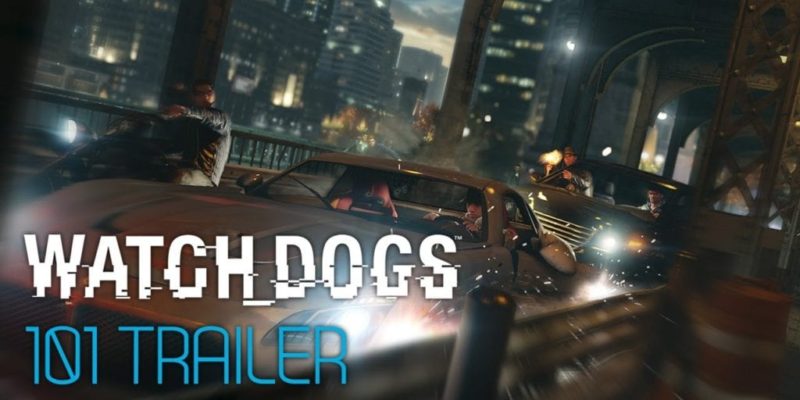 In 2014, every game needs an unexpected giant spider.

Ubisoft, you could’ve saved yourself a lot of time with Watch Dogs trailers if you’d just released this one first. It covers everything about the game (in a condensed kind of a way) across the course of ten minutes.

You’ll see a little bit about hacking, a repeat pass over some of the characters, a bit about multiplayer, some ‘companion app’ nonsense, tips on staying on the road and the weirdness of ‘game changer’ apps. It’s possible you’ve heard about these already, but they’re the optional modes accessed through your in-game phone that make the world a bit … odd. The examples given in this trailer are a mode which turns Chicago into hell (please, save your jokes) and makes everybody a demon, and one in which Aiden turns into a massive spider-like contraption and has to rampage around for as long as possible.

This is apparently what digital drug are like in the Watch Dogs world.

Anyway, plenty to take in ahead of the game’s worldwide (yay) release on 27 May.