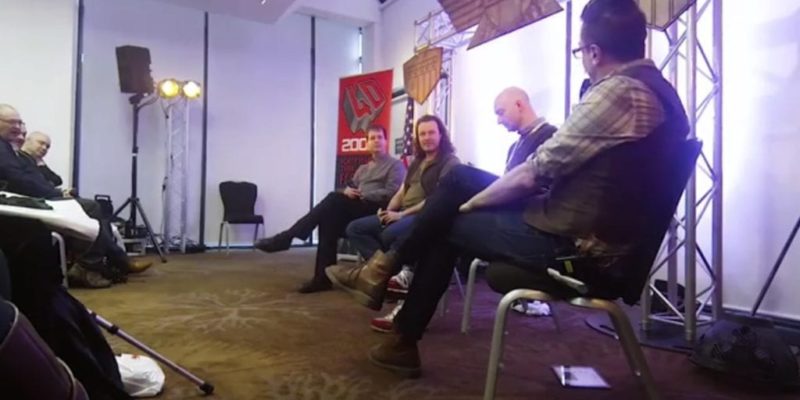 Last weekend Rebellion held their 2000 AD 40 Years of Thrill festival where they announced they were now inviting developers to pitch to create games based on 2000 AD characters.

This news was exciting for fans of 2000 AD, there really needs to be a great Judge Dredd game or even another Strontium Dog. During the discussion, Rebellion’s Chris Kingsley, Jason Kingsley, and Ben Smith talk about how the game studio acquired the 2000AD comic and the challenges they faced when creating Dredd vs Death and Strontium Dog during a time gaming technology was far less advanced than it is today.

For fans wondering why there hasn’t been loads of movies of TV shows based on 2000 AD characters, they also talk about the problems they constantly come across when approached by film studios wanting to create movies based on 2000 AD.

Rebellion is very protective of the 2000 AD brand and the vast array of characters that have appeared in the comic over the years. As Kingsley states in the panel, “I need to protect what we do, we could have licensed dozens of things, dozens of times and we would have got dozens of crap. I owe it to you and to me not to make rubbish stuff”.

If there is one thing to take away from the discussion, it’s the passion Rebellion has not only for making games such as Sniper Elite 4 but also for the 2000 AD comic which they acquired back in 2000.

With any luck, the right developer will eventually come along and work closely with Rebellion to create some fantastic 2000 AD games in the future.