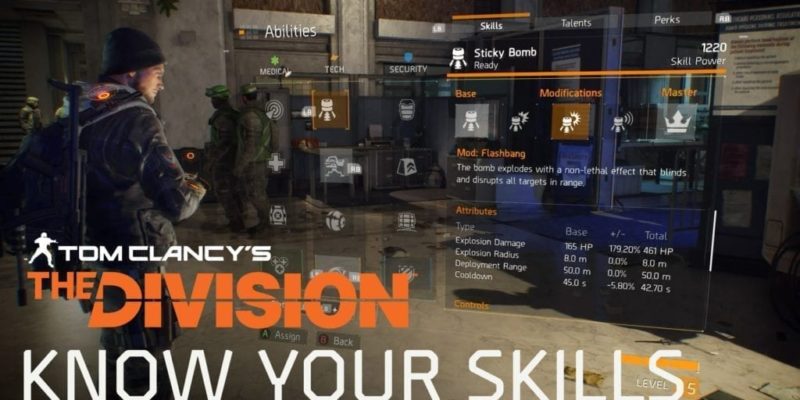 With Tom Clancy’s The Division being just a few weeks away from its final release, Ubisoft decided to release another interesting trailer about the game’s skill trees.

This video will be very interesting for people who did not have the chance to enjoy last week’s Beta, because they will be able to get an idea of the concept with the twelve available skills in three categories including medical, security and technology. Each skill has three mods, each tree has its own unique wing in your Base of Operations and skills and mods can be combined from different categories.

The Division will be released on consoles and PC on March 8, but there are some rumors going around the internet that there are reportedly plans afoot for another open beta before the final release.We will keep you informed about any important update regarding this much anticipated title during the following weeks.

Another XCOM 2 review update – Issues you should be aware of