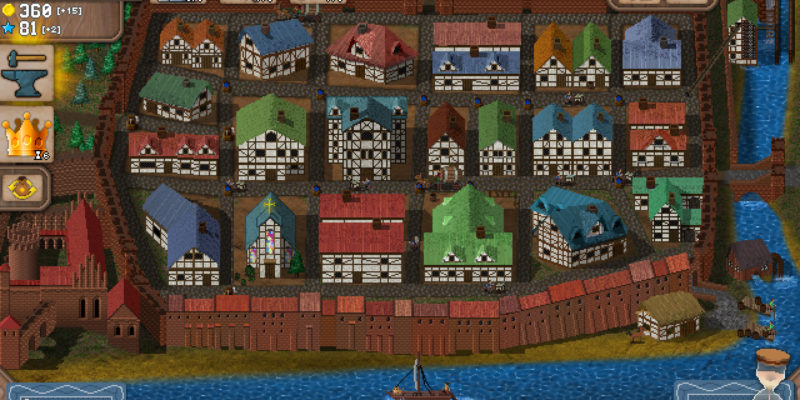 Waterworks! Is a card-based strategy game which is free to play. In the game, you are in control of the water supply in a medieval town named Grudziadz. You will have to demonstrate your skills to ensure each house in the town has enough water. Also, you are required to collect supplies to develop new technologies. Waterworks! is developed by the indie developer, Scriptwelder.

When playing this game, you are presented with a deck of cards. These cards are used to develop the infrastructure of the town and build up resources. Each card has a purpose and an intricate use which can change how the game works. You get the chance to demonstrate your management skills when managing your pipelines, positioning your units, and collecting workers. Also, there are educational aspects to this game such as learning resource and time management skills and how medieval water supplies used to operate. 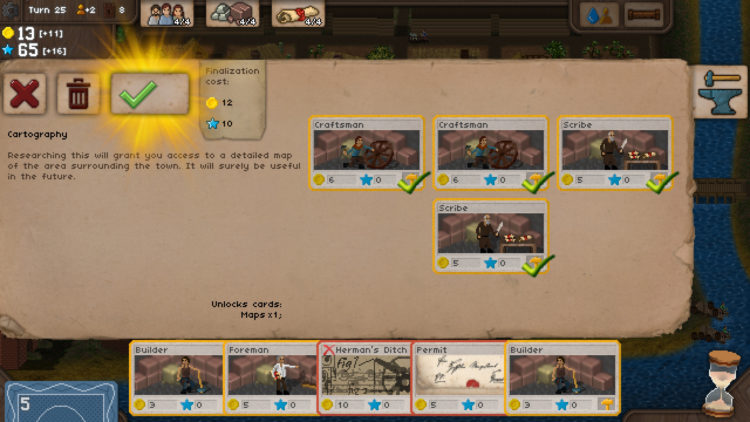 Recently, a patch update was released, which focused on optimizing player experiences. Missing information in neutral blocks and text breaking issues were resolved. In addition, more details have been added to some of the constructions. The most significant fix in the update was storage related. Previously, players reported problems with local storage crashing the game, which required them to clear cookies to fix the game. Now, the issue has been fixed and the game data is stored in unique name keys.

Once you reach the end of the game, you will have built interesting and complex structures. If this was not enough, Waterworks! is available to play on four levels of difficulty. In addition, you can create strategies in order to finish the game in as few turns as possible. For your efforts, there are a total of 10 achievements to collect along the way.