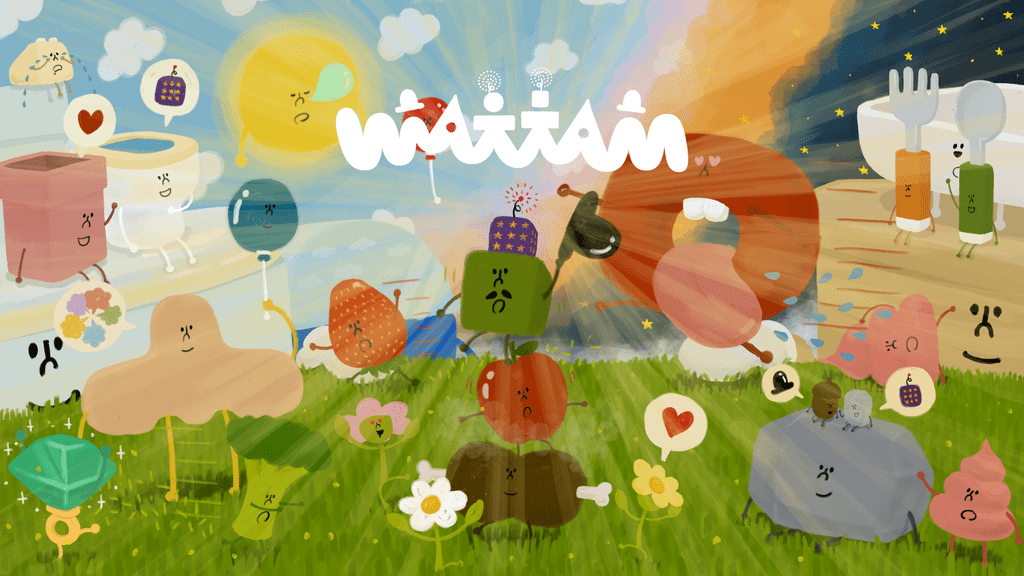 Cute, quirky puzzle game Wattam is heading to PC this December as an Epic Games Store exclusive. After starting life as a PS4 exclusive and being teased for years, the game is finally nearing completion. We got a new look during Sony’s “State of Play” stream for the PS4 today that didn’t show off much but did confirm a release window. Wattam will finally materialize in December 2019.

For those unaware, Wattam is the brainchild of Katamari Damacy creator Keita Takahashi and developer Funomena. Taking the form of something similar to Noby Noby Boy (Takahashi’s downloadable PS3 game), Wattam seems to be about toying around with weird creatures and making them smile. It’s kind of hard to even explain Noby Noby, let alone whatever this trailer goes over. I’m guessing it’s kind of a sandbox and kind of a social experiment.

An official description from publisher Anapurna Interactive states that Wattam will see “players explore the joys of friendship and discovery, encountering more than 100 wacky and carefree characters waiting to become friends, from sushi to seashells, and gigantic trees to normal-sized toilets.” Yeah, that sounds about right. The game can be played solo or in co-op. Players will travel through various different seasons as they bond with their new pals in the town of Wattam. I’m particularly fond of the big nose guy.

While the title was previously known to be coming to PC (and even has a Steam store page), today’s trailer brought with it the announcement of Epic Games Store exclusivity. Likely a one year deal, the only place you’ll find Wattam on PC is through Epic’s storefront. I can’t say I’m surprised, especially with how quirky indie games like this tend to get buried on Steam. If the supposedly large bags of cash Epic hands out gets this game into the wild, then I can’t really blame Funomena for going that route.