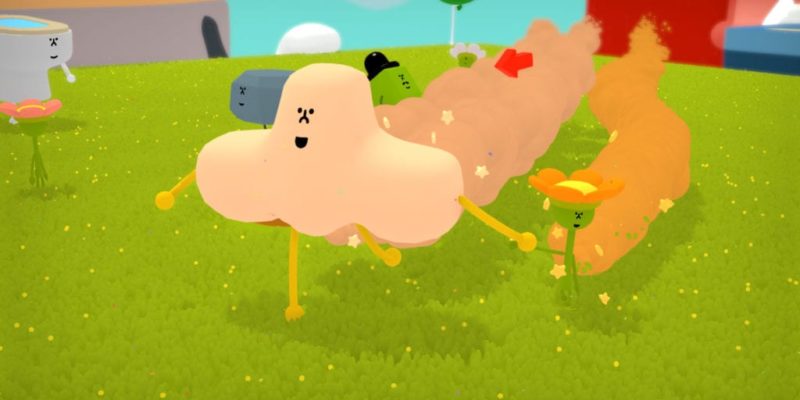 The eccentric creator of Katamari Damacy is back with another charming adventure in the form of Wattam. The next step in his mission to inject silliness back into games, Wattam is a sandbox adventure-puzzler with a cast of over 100 quirky characters. The game, which has had its Steam page up for some time, is now coming exclusively to the Epic Games Store on December 17 for the price of $16.99. It’s being developed by US-based studio Funomena and is published by Annapurna Interactive.

It’s hard to quantify what Wattam really is — the hallmark of a Keita Takahashi game — even after a string of trailers put out by publisher Annapurna Interactive. The only guarantee is the charm factor emblematic of Takahashi’s work.

Below is one such trailer:

Wattam is described as a game about the joy of friendship and ordinary life. Players can unlock a litany of characters based on everyday objects and use them to traverse the game world in whatever way they see fit. Changing seasons and co-op play will also affect how players can interact with the world, but the specifics remain a mystery. Physics-based puzzles will likely be at the heart of the experience, with different characters having different properties and abilities. There’s also mention of melodies, which characters can combine — but to what effect remains unclear.

Wattam and a history of quirkiness

Keita Takahashi never wanted to make weird games; he wanted to craft joyous experiences to remind players of the magic of life and relationships. He wanted games that would bring back that childlike sense of wonder we once had. After all, the man’s final career goal is to create the ultimate playground for children.

Since first releasing Katamari Damacy, he has found his work in museums and a dedicated fan base at his doorstep. The game would later land on PC in 2018 with Katamari Damacy Reroll, winning the Worst Dad Award at PC Invasion’s Alternate Awards. While many of his following endeavors failed to capture the same audience as Katamari Damacy, he continues to strive towards his goal. Wattam marks the next step in his career, but also the first game directed by him to launch on PC.

The game is currently available for pre-order over on the Epic Games Store.

Stronghold: Warlords preview – Once more unto the breach