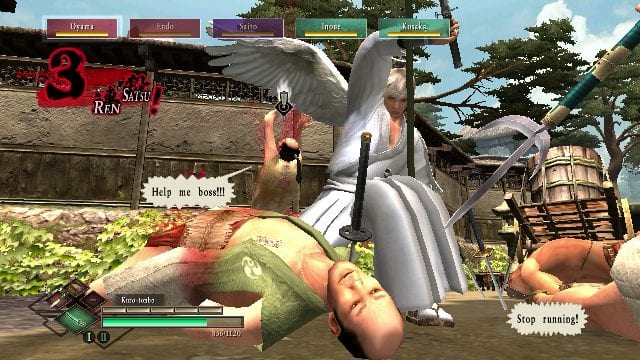 Way of the Samurai 4 must have done alright on Steam, because Ghostlight are following up by bringing Way of the Samurai 3 to the platform as well. According to the company, this has been one of their “most requested Steam releases in recent years”.

Like the fourth game, you play a nameless wandering ronin who blunders into a politically-charged situation. Depending how you act and respond to certain events, the game will alter accordingly. There are (once again) three factions in this title – Fujimori clan, Ouka clan, and Takatane villagers – and more than twenty possible endings.

Here’s Ghostlight’s breakdown of the Way of the Samurai 3 highlights:

A few more details are available via the NeoGaf thread on the announcement, thanks to a couple of posts from Ghostlight’s Ross. Like 4, Way of the Samurai 3 will have to be locked at 30fps due to the game’s internal logic (how it handles physics and the like, probably). He also notes that he’s looking into things from the game’s extensive list of DLC that may be included as standard on PC. The publishing situation with the game (and DLC) is apparently a little convoluted, which may affect what Ghostlight can actually use.