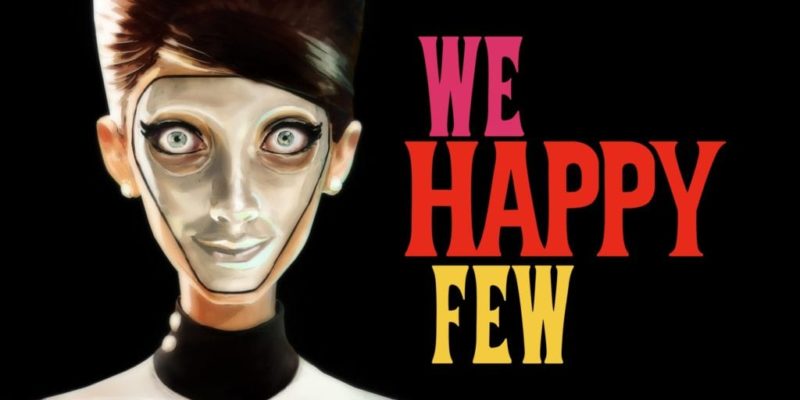 Compulsion Games has just launched the Kickstarter for their next title called We Happy Few. If you’re wondering who Compulsion Games are, they released the rather stylish Contrast back in 2013.

This particular title is set in a dystopian English city some time during 1964, and seems to share one or two things in common with the Patrick McGoohan series, The Prisoner.

Much like that series, We Happy Few is a game about paranoia and survival. The town of Wellington Wells where the game takes place is not what it seems; it’s a drug-fuelled, retro-futuristic place where it’s necessary to blend in with the other citizens, avoid suspicion and survive. It may look like a fairly happy place, but all is not as it seems because the inhabitants are full of a happiness drug known as Joy.

Just like Contrast, the game is highly stylised to fit the era in which its set. Colourful it may be, but there’s also quite a sinister air to it. The inhabitants of Wellington Wells will be keeping a close eye on anyone who steps out of line, so it won’t be easy slipping under their radar.

Another reason this game looks interesting is that the world is procedurally generated. If you die, the city is going to be entirely different for your next attempt.

So far the game looks quite promising. If you fancy chipping in then head to the Kickstarter page.