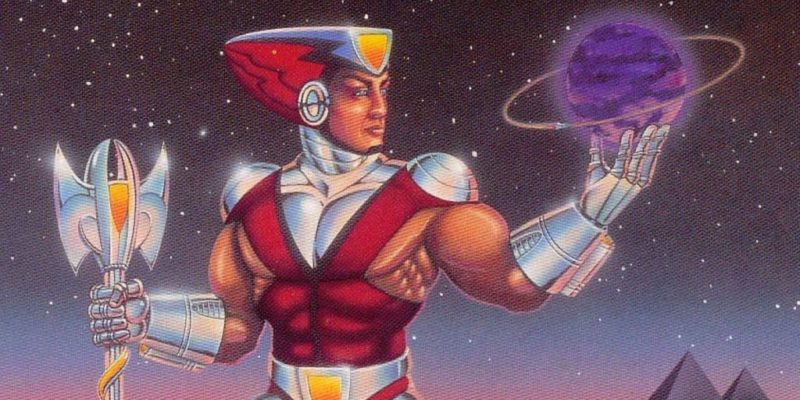 Weird Wednesday is a chance for us to dive into the stranger PC games that have been released over the last few decades. This week, we take a look at Cybergenic Ranger: Secret of the Seventh Planet, a science fiction video game following the story of Micah Mason, a cyborg on a quest to save the galaxy from the Regenerates. The game promises smooth combat, “struggles against nature and alien lifeforms,” and an interactive 3-D environment. What the developers deliver, though, is a mess. 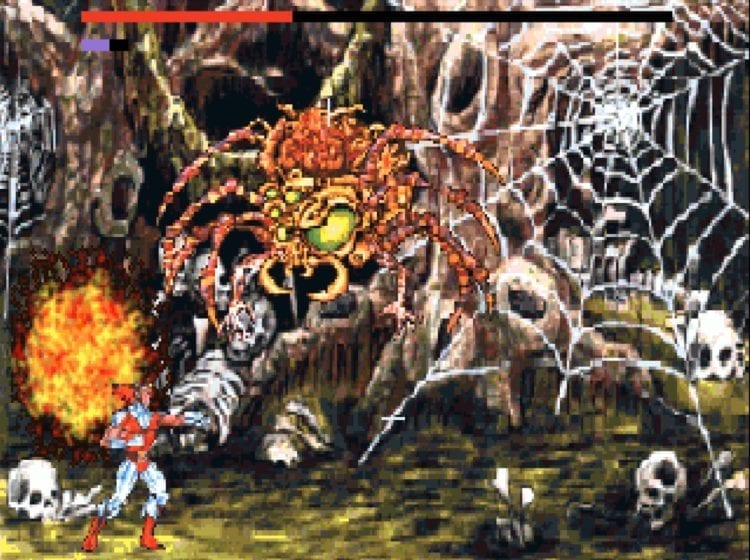 The game looks better than it controls. That’s no exaggeration.

I usually like looking at visually strange games, and while this game is ugly, it’s not extremely weird in appearance. If anything, the artists should have toned down some of the visuals or added more contrast between foreground and background objects.

The true strangeness lies in the company’s design choices, especially with the game’s core mechanics.

A Company Shrouded in Mystery

Very little information exists about Symtus, the development company behind Cybergenic Ranger. The Texas company was last registered in November 1990, the same year Cybergenic Ranger was released. The company only developed one other title, The Dark Half, based on Stephen King’s novel by the same name. The company disappeared shortly after, and the founder Robert Fiorini now works as a technology coordinator for his local school district. As far as I can tell, the company was Fiorini’s passion project; he tried to break into development but did not manage to get a foothold.

With that said, Symtus brought on a fantastic team to create a 12-page comic for the manual. Daniel Vozzo, one of the primary colorists for DC’s Doom Patrol, worked on the comic along with other professionals in the industry. And honestly, besides a somewhat cliché story, the comic is great. 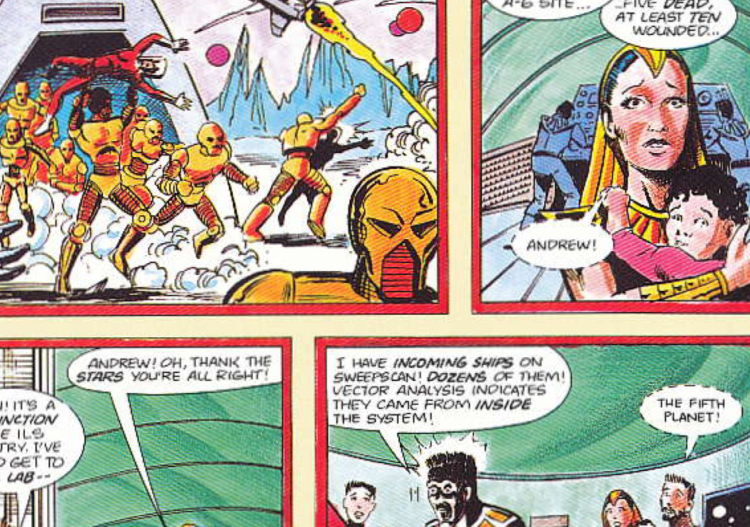 I would’ve eaten this comic up as a teen.

The joy of Cybergenic Ranger ends, though, as soon as the manual closes and the game finishes loading.

Cybergenic Ranger commits several unforgivable video game sins. And I mean they’re unforgivable. Even if the rest of the game were perfect, one of these mistakes would be enough to destroy its reputation. The fact that the game has so many of these sins is an achievement that never should’ve been achieved.

I believe this wave of overwhelming faults is due to the fact that all the developers were novices. Nobody on the team had a published game under their belts, and most would only go on to work on one or two more games.

Let me break these problems into three categories: movement, controls, and platforming.

You know when you hold a letter down on the keyboard, it stops for half a second before typing that letter multiple times? That pause, called the repeat delay, is used to prevent you from accidentally typing letters several times in a row.

The horizontal movement in this game has a repeat delay. When you hold left or right, Micah takes one step, pauses, then continues movement about half a second later. I’ve literally never played another game with movement like this. The delay makes the game nearly unplayable, especially when combined with platforming. And it’s not like the controls are intuitive, either.

DOS games are not known for having great controls. Considering this game was released in 1990, WASD didn’t exist yet for movement, and Mega Man DOS—released the same year—used J for jump. Control schemes for games were fairly avant-garde; whatever the developers used, players dealt with it. 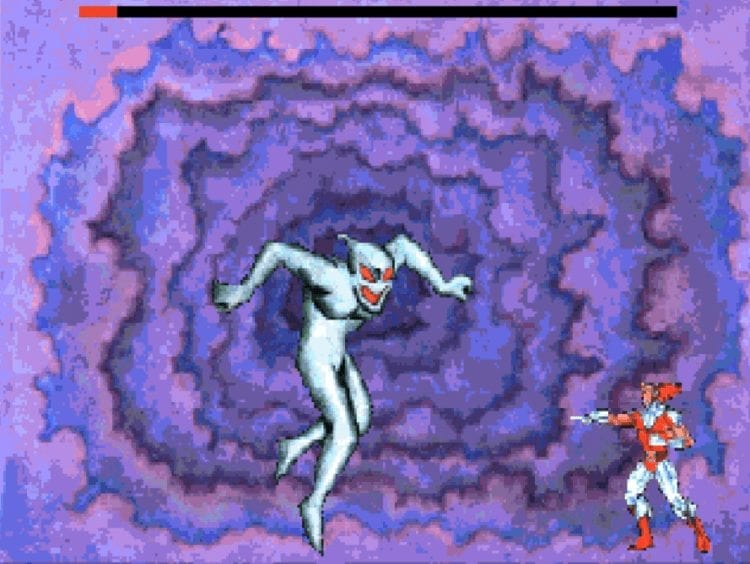 Even boss battles that look straightforward become difficult due to the movement and controls.

With that in mind, the controls for this game are simply incomprehensible, even by DOS standards. Here are some of the controls:

Why use tilde when all the other attack buttons are spread out across the keyboard? Why make alternate weapons unusable while jumping unless you have a third-hand helping? Why use F5 to talk?! I imagine someone in upper management at a Monday afternoon meeting said, “We have to make sure nobody accidentally presses two buttons at the same time,” and the team lead took it way too seriously.

Look, I’ve played a lot of games with bad platforming. I’m used to The Wizard of Oz on the Super Nintendo, a game where you fall through a platform on accident once every minute. I’m used to Darkman on Nintendo, a game where platform patterns depend on when they spawn, and it’s possible to make a stage unbeatable if a platform spawns at the wrong time. They don’t compare to Cybergenic Ranger. Let me show you why.

I know it’s difficult to make out exactly what happens in this. The graphics are ugly, and it looks like Micah floats quite a bit; in reality, the bottom ground just doesn’t have any texture.

The biggest crime comes when Micah jumps. When scrolled off the screen, the platforms despawn and respawn. Randomly.

You see that minimap on the bottom-left? You see that red dot above the other red dot? That marks where Micah has to go. All you have to do is jump up, and despite trying for a good 20 minutes, I couldn’t make it. I know of six others who played; nobody could make it. The only way we all managed to finish the stage was through resetting the room until the random exit appeared below our spawn points.

Sure, I could live with randomly spawning platforms. But combined with the controls and the repeat-delayed movement, it’s unplayable.

Yet People Have Beaten It

Or at least one person has. The speedrun world record sits at 26:02; there’s only one runner. Mike Uyama, the founder of Games Done Quick, admitted to me that he spent hours getting through to the last level. “I’ll beat it sometime,” he said. Even if the game is a mess, there’s a strange joy in getting through a game that has barely been touched by anyone else.

I, for one, don’t plan on joining their ranks.

Microsoft: Age of Mythology not forgotten but not a priority