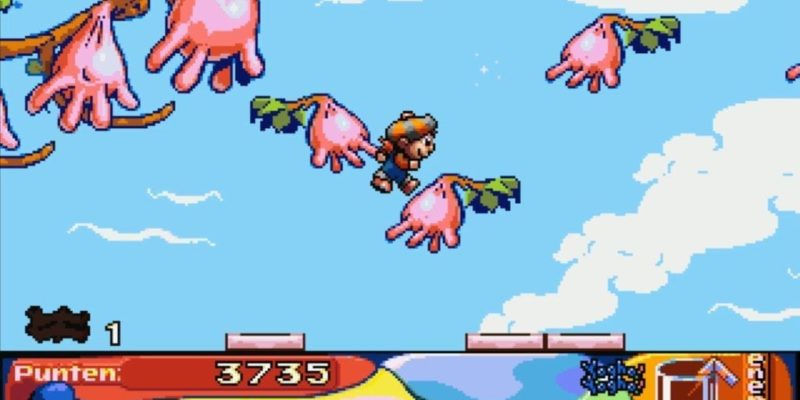 Weird Wednesday is a chance for us to dive into the stranger PC games that have released over the last few decades. This week, we take a look at Yogho! Yogho! spel, a collectathon about a boy who is overly obsessed with yogurt. Developed in 1995 by the Netherlands company Euphoria, this game ends up being an enjoyable platformer despite the ludicrous premise. 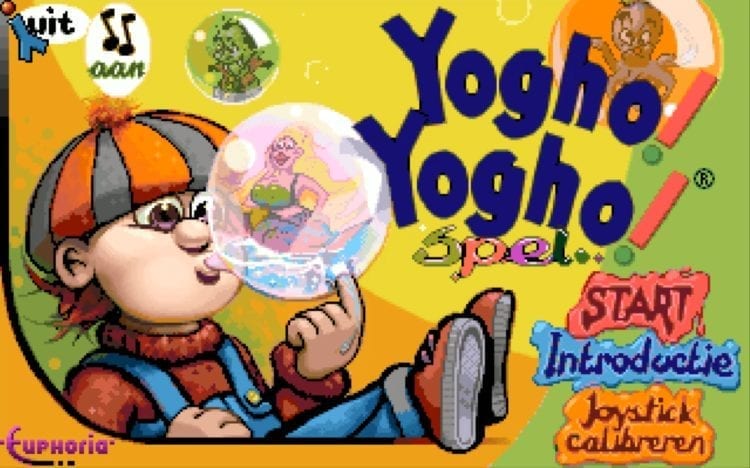 In the ’80s and ’90s, games from food companies weren’t exactly uncommon. From Chex’s Chex Quest to the McDonald’s Japan-exclusive Donald Land, these games kept brands’ names fresh in children’s minds, aiming to drive up product sales. Many countries outside of the US and Japan had similar games, but the majority of those titles have been forgotten.

Towards the end of the ’80s, the Dutch dairy market experienced some huge changes. Campina (manufacturer of Yogho! Yogho!) merged with Melkunie in 1989, resulting in a ƒ5 billion revenue increase (by today’s American dollar, about $5.4 billion). With this huge merger, the company needed to redefine itself.

In the early ’90s, Yogho! Yogho! came out with a new advertising campaign. Their marketing abandoned logic in commercials and, instead, went with advertisements that people would remember. Filled with toilet humor, sexy characters, and a catchy tune, these ads embraced absurdity.

And the campaign worked. The brand became popular, and even though decades have passed, people still remember the lyrics where a guy eats an albatross. It’s weird, but it’s catchy.

The combination of humor works particularly well for children — adults might not be the biggest fans of fart jokes, but kids eat it up. The company decided to publish a game that captured the essence of the commercials. In it, players collect objects to help various characters from the television commercials. The goals are a bit ludicrous: 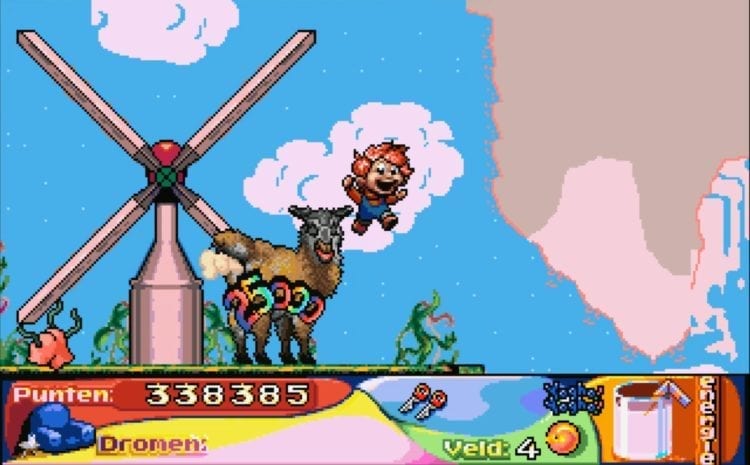 I mean, I appreciate llama farts as much as the next guy.

I generally hate collectathons, but the ludicrous nature of it all just makes Yogho! Yogho! spel completely enticing. Television companies in the US sometimes toed the line with questionable humor, but large brands avoided that at all costs. For them, the risk of losing their reputation was too much.

But Yogho! Yogho! spel commits to the humor that had made Campina’s advertisements successful in the first place. I’m unsure any other game (Chester Cheetah: Too Cool to Fool included) gets this close to the same vibe of their marketing campaigns.

Is it worth playing?

Even if games come bundled with food, they’re not going to help sell the company’s products at all if they’re terrible. And the world is full of terrible marketing games.

Luckily, this one’s actually pretty decent. It’s remarkable, to be honest. The main designer, Mario van Zeist, had only been involved with a handful of video games before. The audio designer Tim van Klooster, who went on to help work on the Tomb Raider reboot and the Hitman series, had never worked on a published game before. Everyone was a novice.

Yet the game came together in a way that made me want to play more. Controls are spot on, and if not for a few odd issues with ladders, I’d say they were perfect for this genre. 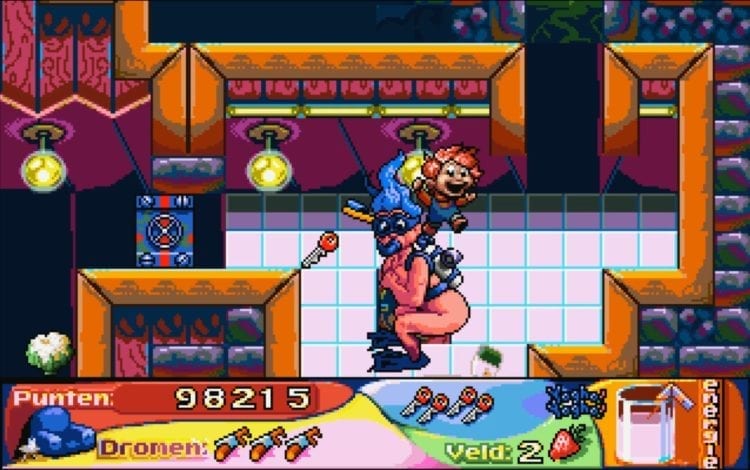 Scubadiving isn’t for everyone.

The level designs are outstanding. It’s often incredibly easy to get lost in collectathons, but every screen here feels different, unique, and vibrant. At one point, I was missing a piece of cauliflower; I had checked the underwater ruins, but I knew I was missing the spot above the nude scuba diver. These strange landmarks helped with navigation in a way that many ’90s games failed to achieve.

Add in a decent soundtrack, and you’ve got yourself a fun game here, even if you’re not the biggest yogurt fan.

Honestly, I’m a little sad this game never really saw popularity outside of the Netherlands. The PC market was filled with more serious games in 1995 — Descent, MechWarrior 2, Command & Conquer, and Warcraft II all shined that year, and it was a fantastic year for gaming. However, there was a gap for light-hearted gaming, especially for kids.

The Valve Index complete bundle is back in stock through Steam