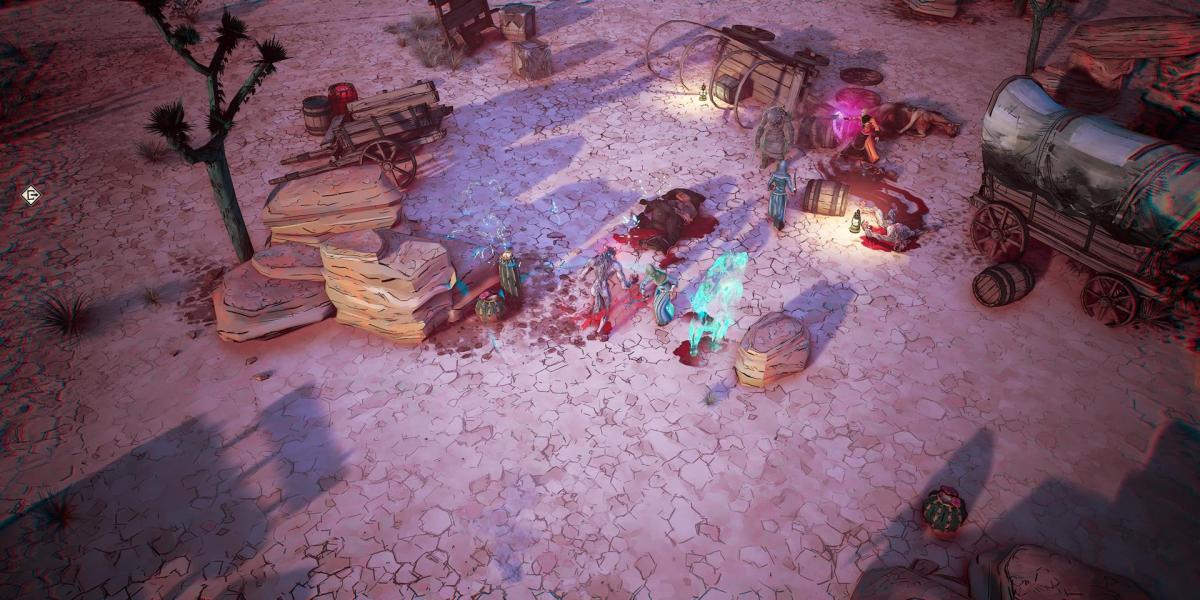 The characters in Weird West have their own abilities or active skills. These powerful effects can definitely turn the tide during battles. Here’s our Weird West abilities guide to help you with the best skills to acquire, as well as the Nimp Relics that are required.

The Nimp Relics in Weird West look like glowing purple necklaces, and each one is akin to a single skill point that can be allocated. Similar to Golden Aces of Spades for perks, you can spot these out in the open, or they might be sold by general goods vendors. Likewise, several could be hidden behind rock formations or passageways, which means you’ll want to blow them up with dynamite first. Moreover, there are those that are acquired from chests (i.e., Treasure Hunts/Secret Stashes or rewards from the Witch at the Crossroads). Now, you might be asking yourself why I’m not listing down all the Nimp Relics in the game. It’s not just because there are plenty of them, but also due to how the mechanics work. Simply put, you don’t want to acquire all abilities for each character in Weird West. Not only is that painstaking, but it’s also counterintuitive owing to the mechanics.

As mentioned in our main character recruitment guide, subsequent chapters do allow you to recruit the heroes that you previously played as. The difference is that they’ll become AI companions, and they’re limited to one equipped weapon type at any given time. Because of AI scripting, you’re better off picking at least one character-based ability and maybe a couple of weapon-based abilities for a single type only. For instance, you can just have two Revolver skills for the Bounty Hunter and leave it at that (don’t unlock skills for the other weapon types). This does restrict us a bit, but it also means that we can focus on the best skills in Weird West. You can refer to the pages below for the parts that you need help with:

Note: From Journey #2 to #4, you’ll be able to reacquire all unspent Nimp Relics by recruiting the previous main character (i.e., recruit the Bounty Hunter while you’re playing as the Pigman). Sadly, you won’t receive what you’ve amassed by the time you play as the Oneirist during Journey #5. Still, you can pick up those that are left in the game world. By Sam Robins47 mins ago
Guides