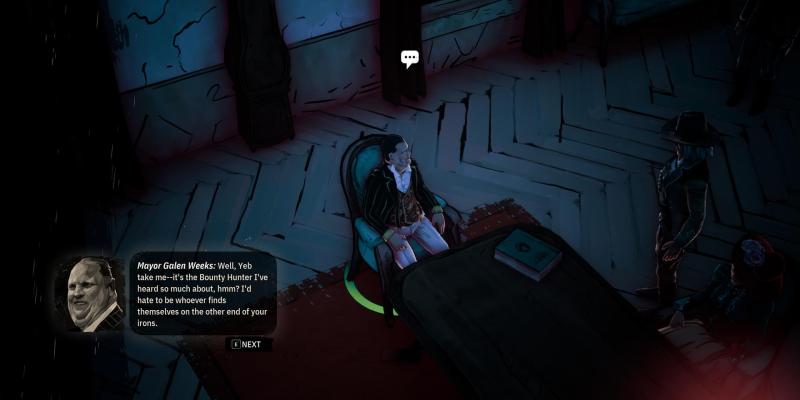 The Bounty Hunter is the first character that you can play as in Weird West. This arc also serves as a tutorial as it teaches you about the basic mechanics. Still, we’re going to jump ahead to one of the trickier sections. Here’s our Weird West Bounty Hunter journey guide to help you with Mayor Weeks and the evidence in Galen’s Crossing.

Halfway through the Bounty Hunter journey in Weird West, you’re tasked with visiting Mayor Weeks’ villa in Galen’s Crossing. You can show the Stillwater Relay to the guard, Joachim Cielo, so he can let you enter.

Go inside the villa and talk to Mayor Weeks. You can threaten him, but he’ll also give you a task: claim a land deed from a farmer (the location will be marked on the world map). And, yes, you can threaten the farmer as well. But, if you press him for information, he reveals that there’s evidence of Mayor Weeks’ corruption in the villa’s basement. 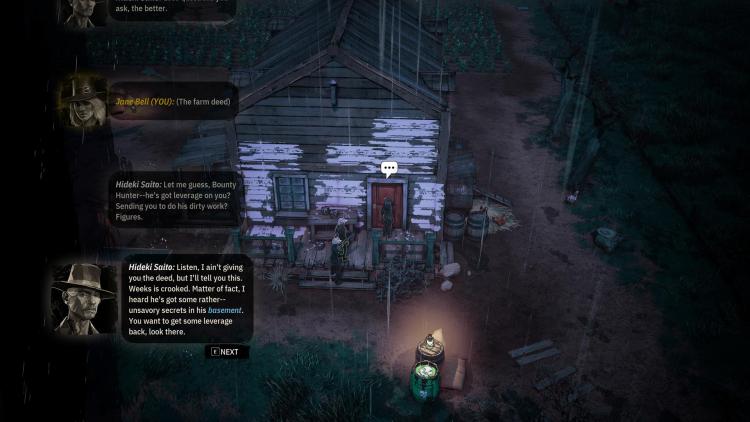 Return to Galen’s Crossing and present a fake document to Joachim. If you want, you can pick up the Love Note near the mansion’s front porch. Bring this to Joachim and he’ll ask you to meet him in the Charity Pass saloon.

If you go there, you can pay $15 to give everyone a round of drinks, avoiding trouble altogether. Joachim will be thankful for your help. 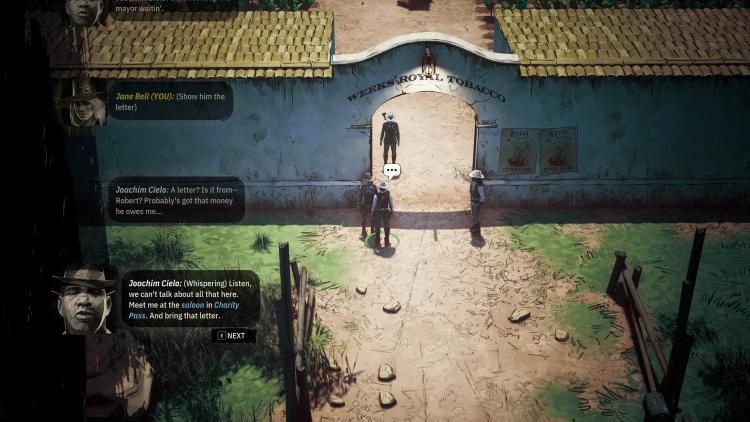 Now, back at the mansion, you’ll notice that the distillery and second floor are off-limits. Guards will tell you to leave and, if you can’t do that within seconds, more reinforcements will arrive. Thankfully, you can sneak inside the distillery to pick up a Nimp Relic.

As for the basement, I wasn’t able to find it at all. But, there’s another option: you can climb the boxes at the back and jump to the balcony of the master’s bedroom. 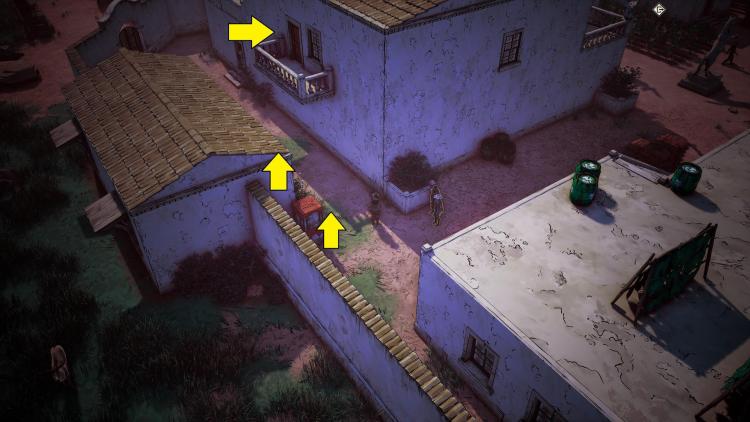 Once inside, make sure the mayor’s wife isn’t around or she’ll call the guards. You can pick up a Cell Key, Silver Nugget, and Golden Ace of Spades in the bedroom.

Note: Try to bring at least 10 Lockpicks because of all the doors and chests. 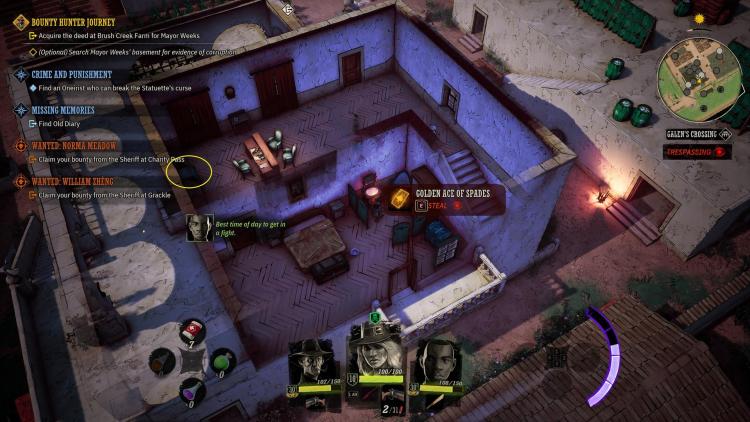 There are also several documents. The most important thing, though, is the Relayogram from Galen Weeks in the living room chest.

That does it for your encounter with Mayor Weeks as the Bounty Hunter in Weird West. Your next stop is Quickbend to find a fella named Essex Mast. We won’t discuss that in any of our guides, but we’ll jump ahead to the Pigman’s quest in Quigley’s Lantern Room. 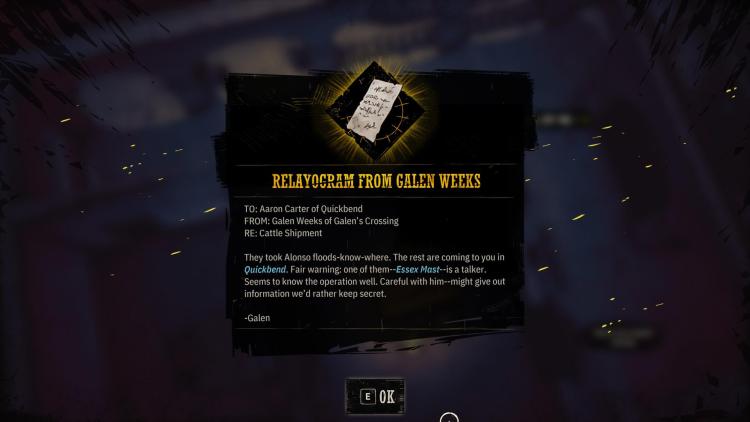 Weird West is available via Steam and the Xbox Game Pass for PC. For more information, check out our guides and features hub.

Vampire: The Masquerade – Bloodhunt will release out of Early Access late April