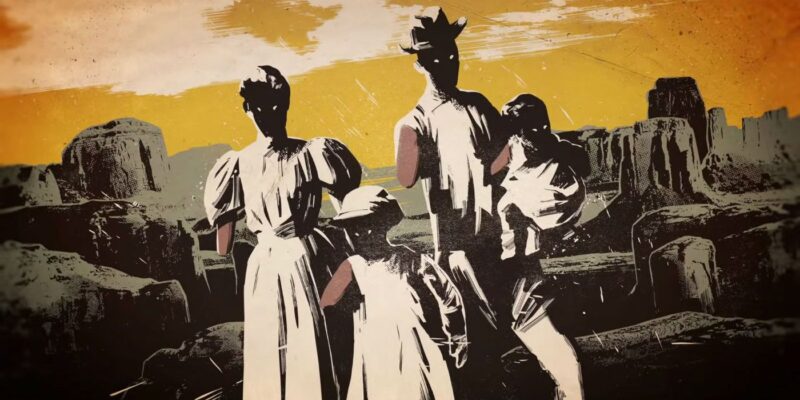 During the 2019 Game Awards, publisher Devolver Digital and developer WolfEye Studios revealed their upcoming action RPG Weird West. As the name implies, Weird West takes the traditional Wild West setting and injects it will all sorts of bizarre elements and phenomena. More than one and a half years after the game’s reveal, Devolver Digital and WolfEye Studios announced a Fall 2021 release window for Weird West, which should please those who have eagerly waited for this release. To coincide with this announcement, Devolver Digital unveiled a new trailer for the game, dubbed the “Journey Trailer,” that shows off more of what the game has in store.

Weird West boasts an intriguing cel-shaded aesthetic shown from an angled, overhead perspective, and the trailer gives viewers plenty of time to soak those visuals in. The footage shown in the trailer lives up to the game’s promise of a “weird west,” as the action depicts vicious specters, strange cults, a werewolf-like transformation for the player character, and other unusual elements. Much of the trailer consists of the game’s chaotic combat sections, but it also gives a few glimpses into the dialogue trees and choices that players must consider.

According to Weird West’s Steam page, players must “journey through the origin stories of a group of atypical heroes, written into legend by the decisions you make in an unforgiving land.” These stories differ from each other substantially, and the game promises a great degree of variability in how they play out based on players’ choices.

News on Weird West has generally been scarce throughout all this time, so many will probably feel relieved and excited now that the game has a release window. Those interested will have to wait longer for a definitive release date, but that wait will likely fly by fast considering how close the release window is.