Genshin Impact is one of the leading gacha games in today’s market, and this is partly because HoYoverse has taken the time and effort to craft intricate lore within the game. There are showstopping cutscenes, cinematics, plot twists, and a conspiracy that’s bound to bend minds when all is revealed. Genshin Impact reveals its story through a slow burn throughout a variety of regions. So far, we’ve seen the stories of Mondstadt, Liyue, Inazuma, and now Sumeru. One of the intricate pieces of lore in Genshin Impact is the Heavenly Principles.

Each region is adorned by an archon, a godlike figure who commands a certain element that represents said region. Venti watches over Mondstadt as the Anemo Archon, Zhongli led Liyue as the Geo Archon, the Raiden Shogun watches over Inazuma with an iron fist as the Electro Archon, and Nahida represents all wisdom as the Dendor Archon. While each Archon gives us a little insight into what they represent and how they came to be, there was no greater advancement to the game’s story so far than with Nahida and her story.

What are the Heavenly Principles in Genshin Impact, and have we seen them before?

But before we talk about what Nahida revealed about the Heavenly Principles, we actually have seen a glimpse of what the “Heavenly Principles” are already. Eagle-eyed players will remember the opening cutscene where our fellow twin is taken to an unknown location by an “Unknown God,” and we are sent on the ground of Teyvat. This god calls herself the “Sustainer of Heavenly Principles.” Her proclamation that “the arrogation of mankind ends now” strikes fear into the twins, and we are sent away from our twin for a mysterious reason. So we have seen the Heavenly Principles in action before, and she seems to have some ruling or authority across Teyvat. Now, at the end of Sumeru’s Archon Quest, Nahida was forced to make a deal with one of the Fatui Harbingers, The Doctor (or Dottore). Nahida was in a weakened state, and Dottore was out to get the Electro Gnosis and Dendro Gnosis, which are items used by the Archons to establish a connection with Celestia.

The Heavenly Principles have a close link with Celestia, but there’s a lot about this mysterious location we do not understand. When you open Genshin Impact, you can see a strange floating island in certain areas of the game. For example, the image below points out the location of Celestia from Musk Reef, home of the Spiral Abyss. It is said that humans who perform heroic feats can ascend to this location, become gods, and watch over their people. Those who have visions (all the playable characters in the game) have the potential to ascend. Oftentimes, “Heavenly Principles” are used synonymously with Celestia. Are the rules of Celestia being placed down on the people of Teyvat? Either way, the Fatui’s goals are to challenge and rebel against Celestia, which is why their focus is to collect all of the Gnoses. For context, the Gnoses in the game allow the Archons to establish a link with Celestia. But the Archons are not fans of Celestia to begin with. The Raiden Shogun has already cut ties with Celestia, and Nahida clearly does not care — based on her deal with Dottore.

Are the Heavenly Principles gods in Genshin Impact?

The Heavenly Principles were almost certainly involved in the Cataclysm as well. The kingdom Khaenri’ah was destroyed by gods 500 years ago in the game’s timeline, and its loss was stated to be related to the Heavenly Principles. Certain characters were also cursed. Dainsleif, a mysterious being who serves as a third-party narrator in many of Genshin Impact‘s videos told the twins that he was cursed with immortality and pain. Meanwhile, many of the game’s monsters such as Hilichurls may be remnants of people from Khaenri’ah. 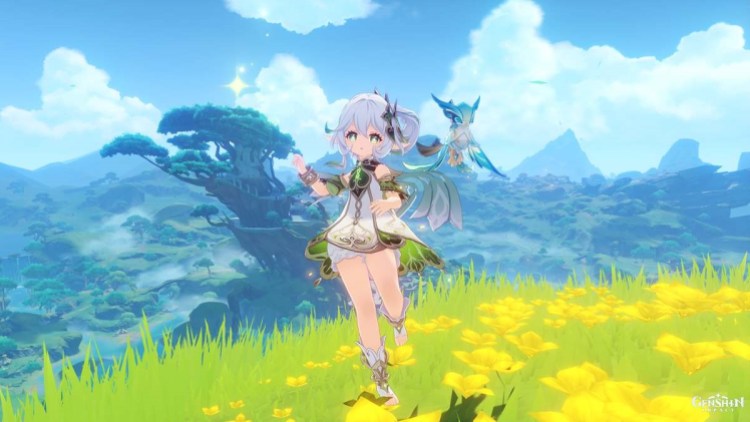 We are also a descender

At the end of her story quest, one more interesting piece of lore came from Nahida — the Unknown God is not native to Teyvat. This point was fairly obvious, as she was clearly a citizen of Celestia, a mysterious location floating above Teyvat. However, Nahida described the Unknown God as the “first descender.” Nahida also calls the Traveler the “fourth descender,” while Irminsul reveals that our twin is native to Teyvat. “Descenders” are simply described as beings who “descend” onto Teyvat.

Descenders do not necessarily have links to Celestia, and in fact, our own identity is still a mystery to the player. All we know about our role is that we travel between certain worlds. But it seems likely that eventually, we will have the opportunity to ascend to Celestia, or at least find a way there on our own terms. There are other characters in the game who can travel between worlds, such as Alice, Klee’s mother. So it seems our questions about the Heavenly Principles will be answered sometime in the future. By Chirag Pattni39 mins ago
Guides

By Daniel Pinheiro54 mins ago
Guides

By Cameron Woolsey22 hours ago
Guides