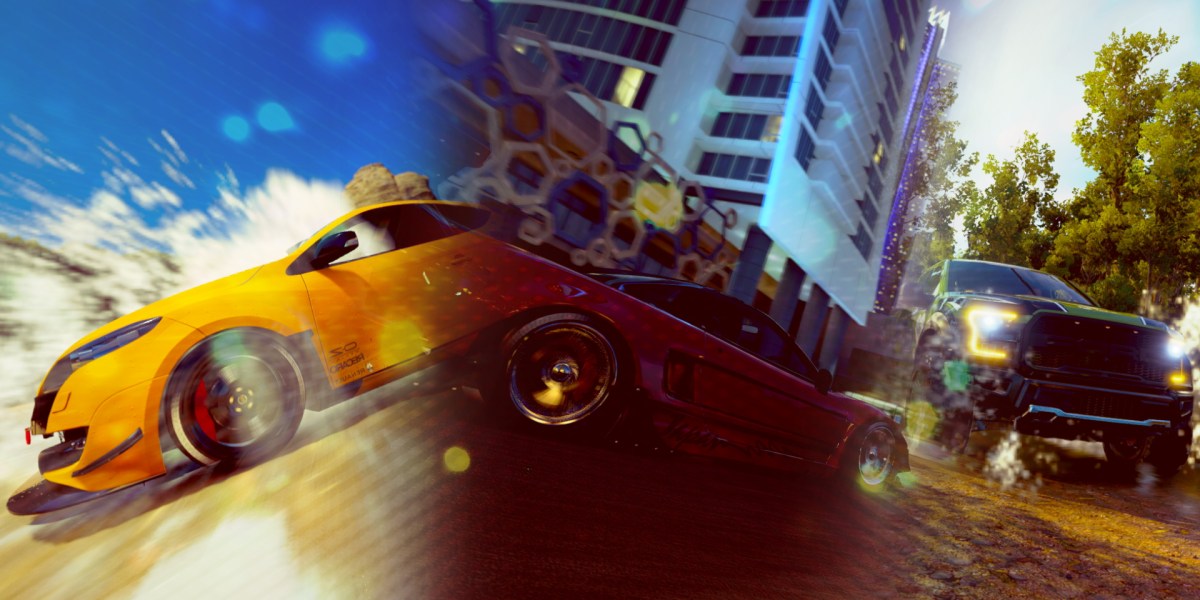 Since 2012, the fictional Horizon Festival has brought virtual crowds together in the Forza universe for great music and fast cars in hot locations around the world. It’s been three years since the start of the latest festival in Horizon 4‘s UK, making it the longest supported festival in the series. Playground Games, the masterminds behind the event, have been steadily cranking out new content every few weeks. But fans are noticing that recent updates have become a little lightweight in recent months. That, combined with the extended time since the last title’s release, has caused mounting suspicion for Forza Horizon 5, especially in regards to maps and location.

With the Forza Horizon series being completely open world, the locale of each title is, in and of itself, basically a character. And that’s really what all the murmuring is about when it comes to Forza Horizon 5. Where will its host country be? Nothing has been said by Playground Games or Microsoft; there isn’t even an official announcement of the game itself. However, some sources are leaning into its map being a virtual rendition of Mexico. Other rumors suggest that it might even be the US Caribbean territory of Puerto Rico. In either case, both of these rumors go against what quite a number of fans have been hoping for: Japan.

Instead of trying to add more fuel to the speculation fire surrounding these rumors, we’ve instead decided to delve into each rumored location and discuss why they would all make for a great map along with Forza Horizon‘s unique gameplay formula and world mechanics.

Japan being the most hotly requested map for Forza Horizon 5 isn’t surprising. It has played a huge role in car culture over the years, especially during the mid-2000s when the JDM (Japanese domestic market) scene was at its peak. Wide bodykits, huge wings, complex paint jobs, and blinding neon underskirts — this is Japan’s racing scene in a nutshell. Although this aesthetic isn’t as popular as it once was, the Horizon titles have still paid homage to it over the years by including a variety of JDM legends in their rosters, like the coveted Toyota Supra. Thus, going to a virtual remake of where it all started has been high on the priority list for many fans.

Other video games have featured the glowing streets of mega metropolises like Tokyo and Kyoto before. They would be especially welcomed in a Forza Horizon game, though, due to the sheer fact that no map in the series has ever featured much of a modern cityscape. The closest to this so far would be Horizon 3‘s Surfer’s Paradise, Australia. But, that’s an extremely tiny area of skyscrapers and barely qualifies as an in-game urban sprawl. Thus, setting a Horizon title in Japan would give Playground Games a chance to truly capture the thrill of urban streets. But, why stop there?

Outside of its major cities, Japan is also an extremely geographically diverse country. Its winding mountain roads would be a dream come true for drift zone fans. Not to mention its countryside would make the perfect areas for dirt events. Being such a large archipelago, Japan also possesses a healthy mixture of biomes. From the extremely cold, rocky terrain to the north to the warmer tropical climates of the south, this island nation would allow for an easy return of the season swapping mechanic that the current Forza Horizon 4 was built around.

Mexico and Japan couldn’t be more different in terms of geography. But that’s also why it, too, would be a good fit for a Forza Horizon map.

Being such a large country, Mexico has plenty of different regions that the scenery designers can pull from to create a custom map. The drier, rockier areas to the north, along with the wetter, forested areas towards the south, would make a great fit for dirt racing and off-roading. The colonial architectural style of its cities and towns would make a beautiful backdrop for road events. This type of architectural theme has never appeared in any Horizon title prior, so it would certainly keep things feeling fresh.

Playground Games could use the landscaping and terrain building techniques it learned during Horizon 4‘s development to really sculpt out a solid rendition of Mexico. It has a lot of vertical terrain, more so than the UK. So, not only could this feature make a return, but can be expanded upon with even more technically challenging areas to really test off-roading skill and create more fun moments out in the wild.

Given Mexico’s diverse set of geographical and topographical features, it certainly isn’t a bad contender for the next Horizon destination. Yet, there’s still the matter of its Caribbean cousin: Puerto Rico.

Out of all the countries on the list, Puerto Rico is certainly the odd one out. It’s not really a land that’s usually thought of in the context of a video game. But, that doesn’t make it any less of a decent contestant.

Puerto Rico is one of the largest islands in the Caribbean in terms of both population and land size. Its geography isn’t as diverse as Japan or Mexico, but it still has an array of unique features that would allow it to be a fun playground to explore in a Forza Horizon game. Its dense rainforests would answer the call of the wild for off-roading fans, and the gorgeous tropical cityscapes of San Juan would make a beautiful backdrop for road races. I traveled to San Juan in real life and was quite enamored with its beautiful colonial-style architecture. Similar to Mexico, it’s a style we haven’t seen represented in the series before, so it would be a welcomed addition.

Being a Caribbean island, Puerto Rico doesn’t really have much in terms of seasons; it’s either hot with rain or hot without rain. That said, hurricanes often hit the island. Playground Games can use elements similar to the Fortune Island expansion in Forza Horizon 4 for extreme weather challenges.

Puerto Rico’s relatively small size in comparison to any of the other rumored choices or maps we’ve seen before would also make it reasonably easier to virtualize. That is to say, Playground Games can create a more accurate representation rather than a simplified amalgamation of famous areas from a country, like what we’ve seen in past Horizon titles. Of course, mapping an entire island would still take considerable effort, so some simplifications are still likely. Even so, this could, in theory, end up being the most complex Horizon map yet.

Fantasizing about tearing up these different locations is exciting, but it’s still unclear which one has the best chance of being the next map in Forza Horizon 5. They all have unique attributes that make them great choices. But, considering that it’s all fueled by rumor and speculation, for now, there’s no true telling of what stands out. Perhaps we might find out in two more months at E3 2021, as that’s where Forza Horizon titles have historically been revealed. That said, there’s still the matter of the series’ sibling, Forza Motorsport also being in production.

Microsoft has never released an entry from each branch of the franchise within the same year. However, this has also been the longest gap in releases for both series, on top of there now being a strong push for new content to support the new Xbox Series consoles. All of this is to say that we may be treated to double-trouble this year. That’s not a guarantee, though.

Regardless, wherever Playground Games decides to venture next for the map of Forza Horizon 5, it’s going to be amazing. The previous Horizon titles have proven that their map and scenery designers are extremely good at their job. Regardless of the country picked, the virtual festival is going to be a joy to drive in.