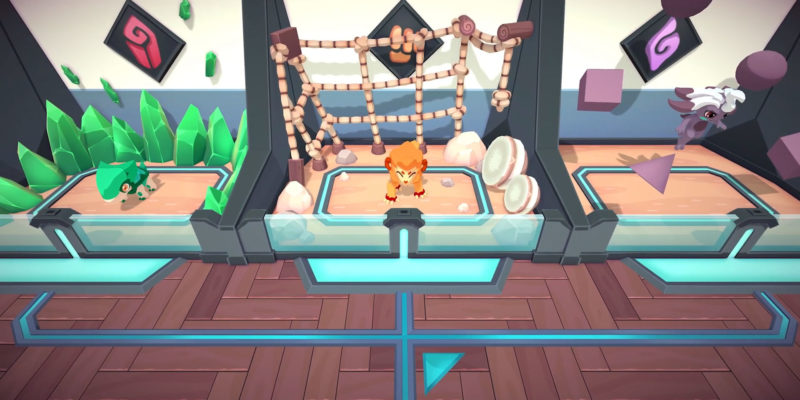 As I loaded into Temtem for the first time I got flashbacks to my early Pokémon days when I had to decide between Charmander, Squirtle, and Bulbasaur. That was a tough decision. The choice between Crystle, Smazee, and Houchic is equally tough in the Pokémon-like Temtem, and may take almost as long as choosing a character name. All three of the starter Temtem have their pros and cons, so I’ll lay them all out for you to help you with your decision.

The first thing you should know is that if you’re in this for the long run, it doesn’t matter which one you choose. All three of the starter Temtem come with set Single Value stats. And they aren’t particularly good (you will be able to catch ones with better Single Value stats later in the game and only Crystle can be found in the wild in Early Access). Single Values are a once-off bonus to a Temtem’s stats set at the time you capture them. They can never be changed. You can check out my guide on these, as well as Training Value stats if you want to know more.

If you’re going to be playing all the way through the story and getting stuck into the endgame, you’ll catch versions of the starter Temtem with higher Single Value stats. And if you’re looking to be a top PvP contender, you’re going to be breeding them until their stats are as close to perfect as possible.

Are you team Crystle, Smazee or Houchic? That is the question every Temtem tamer will be faced with.

Which starter Temtem type is the best

While it doesn’t matter if you pick Crystle, Smazee, or Houchic in the long run, there are a few reasons you might want to pick one over another for the early game. The very first thing that will happen once you choose your starter Temtem is your “friend” Max will give you a beat down with his overpowered Digital-type Temtem, Oree. You will most likely lose. However, Crystle doesn’t receive double damage from Digital-type like Smazee and Houchic do, so technically it has a better chance. Oree does have a Technique called Mechanical Heat which is Fire-type, so that will be effective against Crystle.

You’ll also have to fight Max again later in the game, but before you encounter any of the starter Temtem in the wild. Once again, Crystle will fare better than the other two starters.

The majority of the Temtem you encounter at the start of your journey around the Airborne Archipelago will be Normal-type. There will also be a few Melee-types. Houchic deals double damage to both Neutral and Melee-type Temtem, giving it a distinct advantage in the early game.

The other types of Temtem you will battle early on are Wind, Water, Nature, and Electric-types. None of the starter Temtem suffer any penalties or deal bonus damage against these types. The first Dojo you will need to conquer is packed with Water and Wind-type Temtem, so neither of the three starters will be particularly helpful to you here. 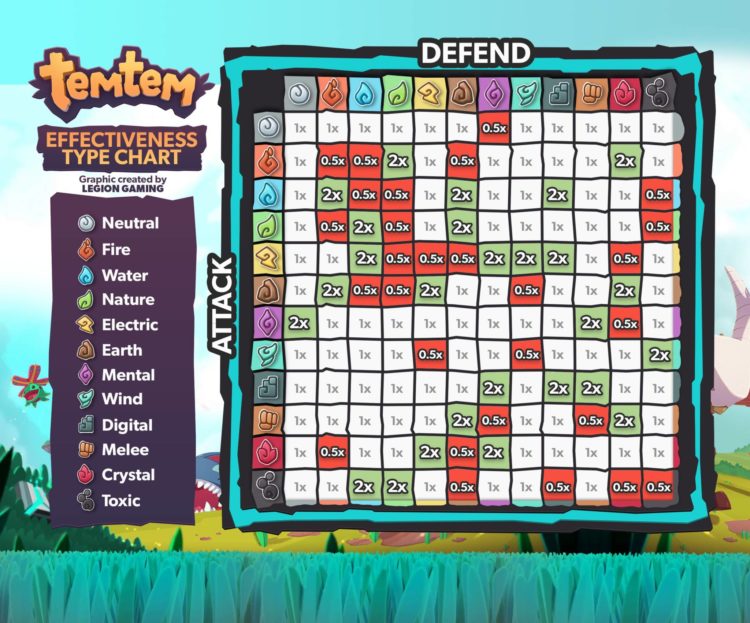 You might want to memorize this handy effectiveness type chart. Or at least keep it handy as a quick reference.

Which starter Temtem abilities are the best

Smazee and Houchic don’t have any abilities that will give them a natural edge against the Temtem you encounter early in the game or in the first Dojo. However, the starter Houchic gets the Soft Touch trait, which allows the Temtem to deal damage to sleeping enemies without waking them up. Conveniently, Houchic also has an ability called Hypnosis which puts enemies to sleep for two turns. If you pair your Houchic with a Tateru that also has Soft Touch, you’ll have a solid combination that will help you avoid a ton of damage. Tateru are very common in the early stages of the game.

The starter Crystle comes with the Amphibian trait, which increases its speed every time it is attacked with a water technique. It’s not much, but it will give you a very slight edge against many of the early encounters and in the first Dojo. It’s certainly not enough to base your decision on, but it is another tick in the Crystle box.

At level 10, Smazee will get the Earth-type Sand Splatter ability. You will encounter the occasional Electric-type Temtem throughout the early game and this technique will help you dispatch them without any difficulty. However, there are far more Normal and Melee-type Temtem hiding in the grass, which are vulnerable to Houchic’s Mental-type techniques.

Which starter Temtem looks the best

The final thing to consider when making your decision about which starter Temtem to choose is aesthetics — which one looks the best. This is going to be highly subjective. Beauty is in the eye of the beholder, as they say. My personal favorite is Smazee; it looks so warm and friendly. But some people are going to prefer the cute, turtle-like Crystle, or the gentle, hovering Houchic.

You need to remember that your Temtem aren’t going to stay little and cute for long. After 30 levels, the starter Temtem will evolve into their second form. Crystle will go from cute turtle to tough turtle when it becomes Sherald. Smazee will lose his warmth and adopt the look of a real fighter as Baboong. And Houchic will get a bunch of tentacles when it transforms into Tental.

The three starter Temtem will evolve into the more intimidating Sherald, Baboong, and Tental.

So, which starter Temtem should you choose?

As I mentioned earlier, if you plan to become one of the best tamers in Temtem, it doesn’t matter which starter Temtem you choose. Your decision will only affect your journey through the early game.

On paper, I would say Houchic is the best option to help you get through this stage of the game. Its bonus damage to Normal and Melee-type Temtem will let you breeze through a lot of battles. The Soft Touch and Hypnosis combination with Tateru is also very reliable.

If beating Max is your main priority, I would go with Crystle. The other two starters will both get destroyed by Max’s Digital-type Oree and later Zaobian. However, later in the game, you can pick up a full roster of Temtem that don’t have a weakness against Digital-type. Temtem that are Digital-type are also weak against Water and Electric-type, both of which you can pick up on the first island before battling Max again.

If you are going to make your decision purely on looks, then all I can offer you is my opinion. Smazee is the cutest starter battle buddy. It looks so happy and loveable. Plus, its evolution looks better than those of the other two.

Just bear in mind that Temtem is releasing into Early Access, meaning the game is still in development and things are likely to change. If you’re unfamiliar with Temtem, you can get a broad overview of the game from our preview. Temtem is available for PC through Humble Bundle and Steam from January 21.

Mythic Quest: Raven’s Banquet gets second season ahead of premiere