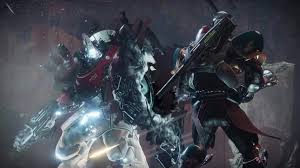 Developers Bungie recently had a surprise for many Destiny 2 players during the weekend. It was in the form of a secret quest, The Whisper, which rewarded players with an exotic sniper rifle. The weapon, known as the Whisper of the Worm, is similar to the Black Spindle or Black Hammer from the first game due to its perks. Unfortunately, it looks like there’s another surprise — it also has a limited time window when it’s available.

Anomaly is closing in 12 hours. Our calculations show it will reopen again next week.

Don’t be careless when getting the Whisper in Destiny 2

A recent tweet by Bungie mentioned that “The Anomaly will be closing” in a few hours and that it will be “back next week.” This all but confirms that Whisper of the Worm is only obtainable over the weekend — from Friday until Monday’s reset at 10 a.m. PDT. In a way, it’s like Trials of the Nine, the high-end PvP activity that also lasts for a slightly similar duration. One could say it’s a PvE version of that given the necessity of skill, teamwork, and patience in order to succeed.

The news has been met with disappointment and complaints from Destiny 2 players. After all, in several cases, it took a long time for the requisite Taken Blight public event to start. Many players reported the annoying Cabal public events happening in succession. There can be no doubt that some players may have also failed in the endeavor, thus having to re-do the activity. This meant impatiently waiting for prolonged periods. Some reportedly waited up to 7 hours all for naught. Having only a limited window of time to complete it, in addition to long waiting times, led to unhappy players.

If you still haven’t obtained the Whisper of the Worm in Destiny 2, we have a guide here to help you out. You still have around 5 hours, so get to it, Guardian! If you can’t, sadly, it looks like you’ll have to wait until next Friday.

The Cycle is a ‘competitive quester’ from Spec Ops: The Line studio