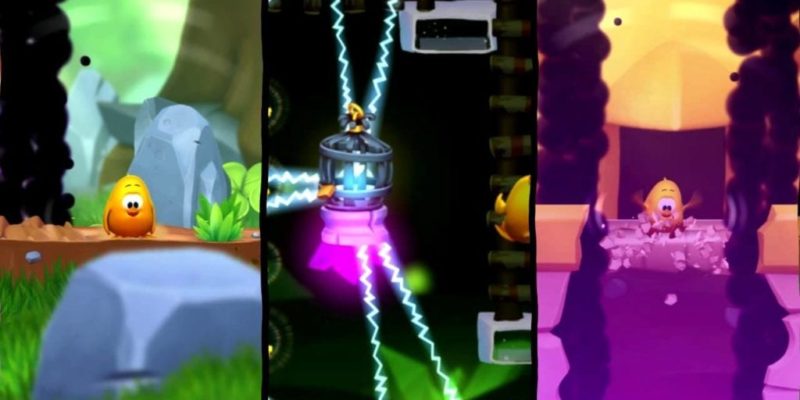 I know very little about Toki Tori 2+, but when review code arrived with the note “We would urge you to play until you have at least gotten one orange/yellow frog into a pipe (this will actually make sense when you play the game,)” I knew I had to take an interest. The open-world puzzler was originally released for the Wii U, but is coming to the PC via Steam in shiny +ified form.

In short, that means full Steam Workshop support, a level editor, some rejigged puzzles and added windmills. The windmills are apparently one of the added landmarks to make navigation on the main map a bit clearer. I’m honestly not sure, I’m still thinking about stuffing yellow frogs in pipes.

This week’s Humble Bundle offer includes other Two Tribes titles, including the original Toki Tori and a 10% coupon for the sequel. So that might be of interest too.

Out of the shadows: DARK gets launch trailer

By Jake Su50 mins ago
Industry