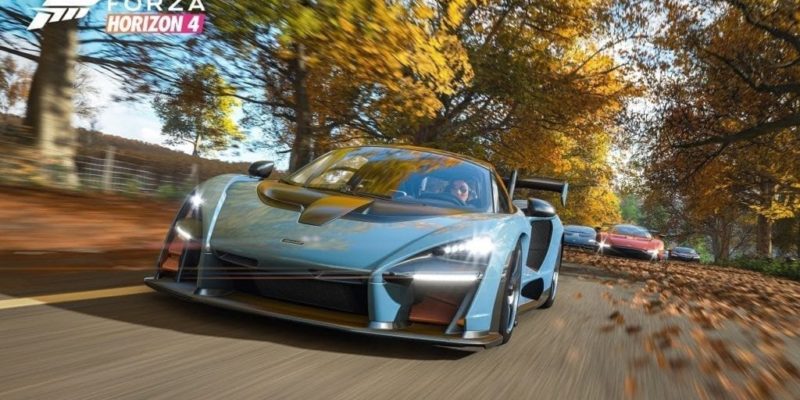 With E3 right around the corner, gamers everywhere are excited to get a look at highly-anticipated titles and potential big surprises. Two games we can already expect to be at the show are Forza Horizon 4 and The Crew 2. Both are open-world racing games, and as a result, they’re pretty much in a category all by themselves. Why aren’t there more studios tackling this genre?

Open-world games, in general, are rather plentiful these days. It’s gotten to the point where a lot of folks feel burnt out by them all. This is due to most open-world games all falling into the same genre: first/third-person action-adventure titles. If you do a quick Google search to bring up a list of games that match those categories, you’ll get lost in a sea of results. Do the same for open-world racing games, however, and you’ll see a lot of results for entries in the same few franchises and not much else. So, why the big difference in developer interest? It most likely has to do with the fact that open-world games are pretty hard to make.

Now, considering I just mentioned that there are a lot of open-world titles out there, it may seem a bit contradictory to say that they’re hard to make. Well, let me explain it another way. Making a good open-world game is what’s really difficult. That’s because the very concept behind any open-world title can end up being both its biggest strength and weakness at the same time if executed poorly: freedom. Letting players loose in a vast virtual map technically isn’t that hard. The hard part comes in when needing to fill that map with interesting things to keep players engaged and wanting to continue trekking through every nook and cranny. Most open-world games involve taking control of a human/humanoid character. This adds a layer of flexibility since this type of character can interact with the world around them by means of various gameplay mechanics on top of the exploration. Speaking of exploration, these types of open-world titles typically give the player a chance to roam around however they feel like, whether it’s a leisurely stroll or quick zip by means of a mode of transportation. Some open-worlds end up being so deep and detailed that players end up discovering things months and years after their first time playing.

To an extent, a lot of this is lost when creating an open-world racing game, the reason being that the “character” no longer has the option of being in or out of a vehicle. The vehicle is the character. And even though Pixar’s Cars would have you believe otherwise, vehicles can only do so much without opposable thumbs. Not only that, but open-world racing games are just that—racing games. So, “taking a leisurely stroll” like before isn’t really a part of the concept. Indeed, creating an open-world map for a racing game is a very different experience than when it’s for a traditional title. Adding in various gameplay mechanics and detailed nooks and crannies don’t really apply here.

Open-world games are tricky enough, but open-world racers are even more complicated.
Having the freedom to roam around at high-speeds means that developers need to really try and keep things interesting.

Speed is still the “name of the game” when crafting an open-world racer; therefore, maps need to be nice and spacious. But of course, there’s only so much that the designers can do with road networks. In traditional racing games, having enclosed tracks at least gives them the ability to let their creativity run wild. When it comes to an open-world title, the whole map is the track. Since players are getting around (and can only get around) by means of fast vehicles, then it’s only a matter of time before the map begins to feel “samey.” They eventually start to learn the ins and outs of it all, and it can become dull. Not only that, but putting in secrets and collectibles around the map to pad out the time like in other open-world games is also harder to do since, again, speed is a factor. And I don’t know if it’s just me, but any time I have to go slow when playing an open-world racer just feels off. You really feel the weight of the vehicles, and it seems like you start to notice all the barriers and static objects like trees and rocks that are made out of titanium. Thus, your mobility is limited.

Despite these challenges, there are clearly studios out there that have embraced them and have been able to craft enjoyable experiences. The aforementioned Forza Horizon 4 is being handled by Playground Games, who has been working on the series for almost a full 10 years. Their previous entry, Horizon 3, was considered by many to be one of the best–if not the best–racing games of 2016 and also one of the best racing games period. Meanwhile, Ubisoft’s Ivory Tower is delivering the aforementioned The Crew 2 several years after the original. It’s this game, in particular, that’s really caught my interest. It’s not just because we haven’t actually seen Horizon 4 yet, but really it’s the whole concept behind TC2 that’s just very interesting. Ivory Tower realized the complications of creating an open-world racer and decided to switch things up by providing an experience that’s now not just limited to cars. TC2 allows players to conquer land, sea, and air, even to the point where you can seamlessly switch between the different types of vehicles on the fly when free-roaming. It’s like having the same flexibility offered in other open-world titles, except now it’s been streamlined and completely dedicated to the driving/piloting experience. As a result, The Crew 2 is shaping up to be the best example of an open-world racer so far. But, I want to save my full thoughts about the game for a future piece.

So, with all things considered, it’s understandable why there aren’t more studios tackling the open-world racing genre. It really is a complicated task. But, for those that are taking the challenge on, the majority of them are doing a very good job. As long as we have devs like the folks at Playground Games and Ivory Tower continuing to keep the genre alive, then the open-world racing genre should continue to thrive in its own little way.

With The Crew 2, Ubisoft is doing a great job at injecting some innovation into the genre to really spice things up. Hopefully, more studios follow their lead.

E3 2018 Conference Times and where to watch them – Watch Live here!