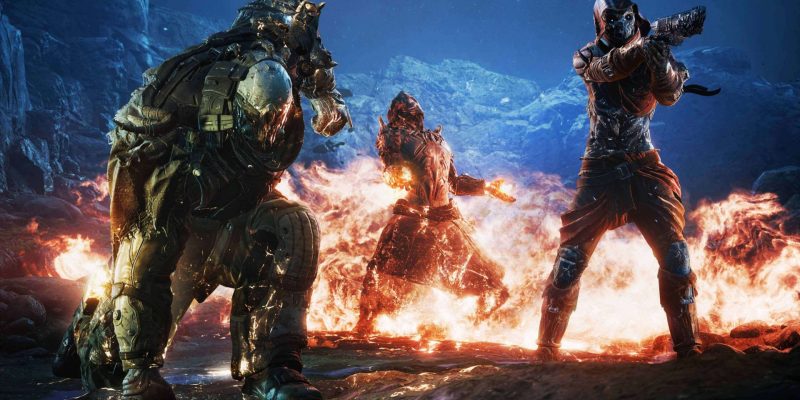 If you have been curious about Square Enix and People Can Fly’s latest project, Outriders, then now is the best time to experience it for yourself. The game features a substantial demo on various platforms, letting interested players enjoy what it has to offer before its April launch. While many may be more invested in the gameplay and the loot, one of the more intriguing aspects of the demo is that of its numerous cutscenes. Opening doors, jumping over gaps, and climbing ledges all lead to cutscenes. In such a day and age, it is almost unheard of. Now, we finally understand why Outriders has so many cutscenes.

Speaking to Eurogamer, Creative Director Bartek Kmita offered his explanation. To a certain extent, these cutscenes in Outriders are used to cover up level loading. That is something most players can understand. However, there is more to it for Outriders.

The phasing in and out is meant to bring co-op players together when moving from one place to another. This process was not implemented without some thought behind it. In fact, it came about after playtesters provided some feedback to the team.

Initially, Outriders employed a simple fade-in, fade-out for area transitions. However, playtesters felt that they were not aware of what was happening whenever a partner made the move to a new area. As such, these cutscenes will now ensure everyone knows where they are headed in Outriders.

Not sure I need a cutscene for that jump, Outriders pic.twitter.com/djZ25EyHhO

Kmita understands that it might not be the best solution, but it will have to do for now. Independent movement is not a choice, sadly, as the lack of dedicated servers would have required splitting players into separate games.

This might work for multiplayer sessions, but solo players aren’t spared from the loading either. This is due to the intense background loading, and it helps to ensure everything is in place for subsequent arenas. The team will refine the system as much as possible, but do not expect huge improvements.

Be sure to try out the demo now before you fully commit on April 1. It seems Outriders and cutscenes are going to be a thing no matter what. At least it is not a demanding game in terms of specifications.