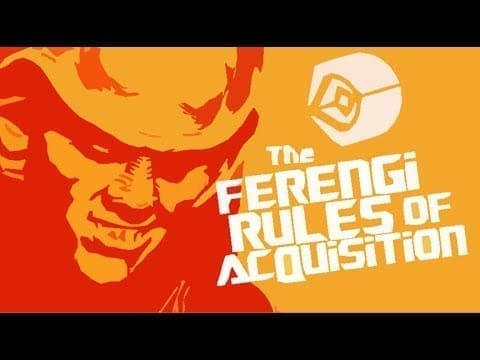 Here’s a familiar story: you buy a game you’ve been looking forward to, you install it, and then you find out that it’s so loaded with bugs, sometimes game breaking, and you realize you’ve just wasted your hard-earned cash.
Any serious gamer has probably had this happen to them on multiple occasions. My first play-through of Knights of the Old Republic II was cut short by a door that just wouldn’t open.  In the expansion to The Elder Scrolls IV: Oblivion-Shivering Isles, I couldn’t find Sheogorath (a plot-necessary NPC) for about an hour before I found out it was a bug.
While most of these bugs are fixed, or at least fixable, by patches, sometimes the roll-out of a game is so problematic that, at least for a time, it’s unplayable. SimCity (2013) was a disaster at launch. Due to a lack of server access at launch to an utterly broken simulation system, players understandably demanded refunds for a game they couldn’t play. At the time, EA generally denied such requests.

More recently, a significant number of complaints have plagued Blood Bowl 2. While I haven’t played it myself, the internet is rife with reports of glitches, including corrupted saves, skills not working, and a glitch in which more expensive teams get their money magically reimbursed at the end of the match. Oh, and apparently on PSN, you can’t save your game in single player.
But trying to get your money back for games that discourage any attempts to actually play them hasn’t always been easy, as illustrated by EA’s refusal to give refunds for SimCity at launch. This is a problem, because getting a refund for buggy and broken games both should be, and in many cases is, a consumer right.
It should be a consumer right because like purchasing any other consumer product, the informational advantage is always with the seller. The consumer doesn’t know whether the product will work or not, or whether it will be reasonably fit for the function it’s supposed to serve. They rely on the seller to honestly provide them something that works for that purpose. It only makes sense that should the seller breach this trust, the consumer is at least entitled to undo the sale. That is, return their product and get their money back.

In the case of games, where the “sale” is almost always really a software license agreement, the reasoning remains the same, despite the frequently included term in these licenses that the software is offered “as is”. Such “as is” contractual terms are only meaningful when a consumer has had a chance to fully inspect a good being sold before purchase, and is willing to purchase it anyway despite known defects.
Publishers and developers have also unfortunately come to rely on this informational asymmetry more and more. Going to cost a lot to fix the game? Don’t worry, just release it and hope enough people buy it at launch to recoup costs. And then, as the Ferengi say, once you have their money, never give it back.
Gamers have consistently been subjected to games with rushed launches, full of obvious bugs and design problems that should have been fixed. While gamers can often look to reviews for the most egregious cases, reviewers don’t always catch the problems. Many bugs only appear in certain situations or on certain equipment. A reviewer, who is probably rushing through the game to meet a deadline, can’t be expected to find and catalogue the glitches in any given game.
The current model of pre-orders doesn’t help this either, with purchases often being made well in advance of release. As reviewers are typically under a review embargo until the day of launch, the informational asymmetry is only worsened. A solid refund right helps ensure that game publishers don’t try to take advantage of their players, and take the time to fix games that aren’t ready for primetime. If their game is released buggy or broken, the refund requests will ensure they aren’t rewarded for it.

Some may argue that, in most cases, when a game is launched fundamentally broken and buggy, patches will eventually address those concerns. This is often true, but it isn’t always. Sometimes it’s only through mod communities that games finally reach a relatively bug-free state. Unofficial community patches for both Oblivion and Knights of the Old Republic II have finally made those games into the version they should have been at launch. But even where there is strong post-launch support, it still may take some time to get things sorted out. This is time that the developers and publishers shouldn’t have with your money if you don’t want them to. Getting a refund saves you that waiting and puts money back in your pocket. If the game does get sufficiently patched, you can always go and buy it again.
And it’s unfortunate that they’re not being offered universally, since refunds for broken games probably are a consumer right already. Many, if not most, English speaking jurisdictions have laws establishing varying degrees of implied warranty with respect to goods, and in some cases, services, sold to consumers.
For example, in Ontario, under the Consumer Protection Act, a supplier is “deemed to warrant that the services supplied under a consumer agreement are of a reasonably acceptably quality.” There is a similar provision for goods, which is relevant depending on whether a downloaded game is considered a good or a service. California, likewise, has complex but substantial implied warranty provisions in its Civil Code requiring that consumer goods are fit for the ordinary purposes for which such goods are used.

More recently, the UK’s new Consumer Rights Act, which came into force on October 1, 2015, clearly sets out consumer rights with respect to faulty digital content. The law states that digital content must be as described, fit for its purpose, and of a satisfactory quality. Hopefully, this law sets a standard for clarifying how consumer laws in other jurisdictions handle their digital content.
Fortunately, many platforms have begun recognizing the consumer right to a refund. Steam, for example, implemented a refund policy in June, which allows full refunds for any purchased titles within 14 days, but only if the game has been played less than two hours. They also indicate they may consider refunds that fall outside of this window.

GOG.com has had a refund policy since 2013, but it’s limited only to game-breaking bugs, and gamers have to go through a technical support process first. Following the problems with SimCity, EA implemented a refund policy in August of 2013 on its Origin platform. With that, you can refund any game within seven days of purchase, so long as you request the refund within 24 hours of first launching the game. A slightly broader refund policy applies in case you are unable to play the game for technical reasons within EA’s control.
However, these rules don’t yet cover every content distribution system, and their limited return time-frames don’t necessarily line up with consumer rights regarding defective products. Getting refunds from physical retailers can still be a challenge, and many of the proprietary digital distribution systems, such as Sony’s PlayStation Store and Nintendo’s eShop still do not offer refunds.
There’s unfortunately still a long way to go before game distributors recognize full consumer rights. In order to get this change, gamers should be as vocal as possible, both to game distributors and to legislators, in requesting that rights to video game refunds be confirmed and respected. Failing that, gamers should make sure they don’t hand their money over to unscrupulous companies.