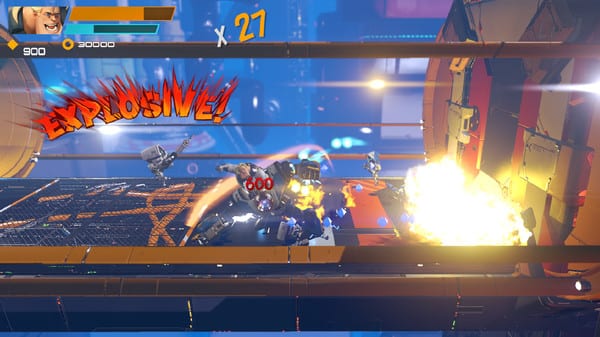 If you’re looking for a new 3D beat’em up then listen up! We’re giving away copies of Rimlight Studios’ spanking new Steam release Zheros.

Peter recently bashed his way through parts of the game and you can watch him play it now, and if you like what you see, then why not enter another great PC Invasion competition and be in with a chance to grab a copy.

To enter just carry out one of the actions below, or if you have done all those already, login with your site account and pop a comment below and you’ll also be entered into the draw.

A quick note also, if you have not registered a site account yet, we suggest you do so now as there are a few changes coming.

Win a copy of Zheros

ZHEROS is a next gen beat’em up based on the genre hallmarks, above all: smashing hordes of enemies and punching stuff.

In a journey through distant and unknown galaxies, you will play as the members of the ZHEROS squad: Mike and Captain Dorian. Brave, strong as awkward and dim-witted the first one; agile, smart and ready for anything the second one. They are both intergalactic agents called to defend the universe from crime.

Your mission: defend the universe from the evil Dr. Vendetta and his twisted plan to mutate every living creature in his trusted minions.

In single player or in co-op mode, you can rely on your punches, using a rich selection of combos, and on powerful hi-tech weapons, but if that was not enough, a strong and destructive mech will come to the rescue in the most dangerous situations.

From bizarre characters and encounters to strange locations, find out what mystery awaits you at the end of your journey.

• Engaging combat which aim to bring back the old style beat’em up feeling
• Lots of spectacular combos and chain moves
• A bright and neat graphic style across two dangerous worlds
• Jump aboard your awesome mech! Rockets and lasers await you!
• Double the action in the local co-op mode
• Plenty of twisted robots and bio-mechanical creatures will try their best to stop you
• Develop your character to fit your play style, upgrading your muscle or your weapons