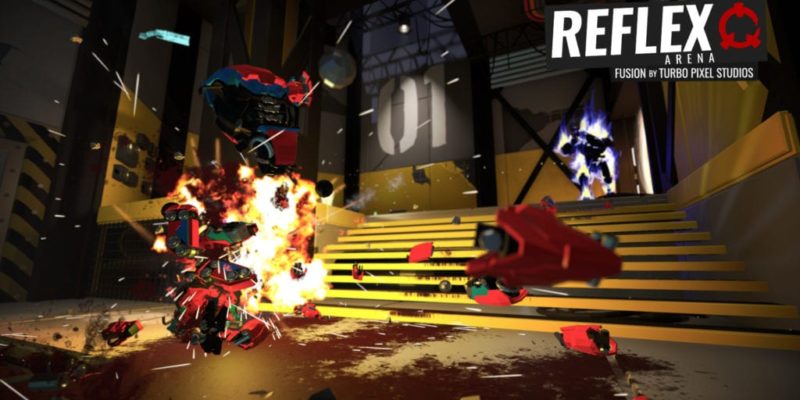 We’ve joined forces with Turbo Pixel Studio to give away copies of their new fast-paced 90s inspired FPS Reflex Arena.

Reflex Arena takes heavy inspiration from classics like Quake and Unreal Tournament, so if you like your shooter action fast and furious, this is for you. The game recently left Early Access and is fully launched on Steam.

Reflex is a competitive Arena FPS that combines modern tech with the speed, precision and freedom of a 90s shooter. If you sunk countless hours into the Quake or Unreal series, Reflex will feel like a welcome return of the old school shooter feel.

Reflex Arena recreates the lightning-fast twitch gameplay of the golden age of first-person arena shooters. It’s the best of both worlds: the speed and precision of a classic 1990s shooter, reborn inside a bleeding-edge 3D engine custom-built for the latest gaming hardware.

In the 21st century, first-person shooters abandoned the brutal purity of Quake III Arena and Unreal Tournament, but indie studio Turbo Pixel decided it was time for a comeback. There are no chest-high walls to take cover behind here, and no profound insights into the horrors of war—Reflex Arena is nothing but fast, competitive, first-person fun.

The launch trailer below shows the game brilliantly and covers the game;s features like the included map editor. Give it a watch…

We have a few copies to dish out and all you need to do is carry out one of the action below to be in with a chance of winning. Good luck!

Win a copy of this new FPS

By Joel Yap3 hours ago
News