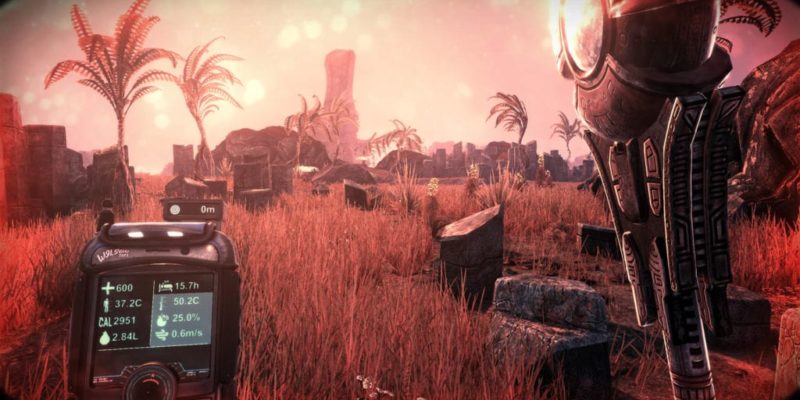 Last week we posted our preview of The Solus Project from Hourences / Grip Games, and this week we’re giving you a chance to win a copy of the game which is currently in Early Access.

In The Solus Project mankind is searching for a new home and you find yourself stranded on a planet called Gliese-6143-C but everything is not as a it seems. At it’s core the game is a survival adventure and the developers have managed to create a real sense of atmosphere full of desperation.

The game is being released in parts and the second part recently launched in Steam adding more new content as the mysterious planet starts to reveal more of its secrets.

The Solus Project is turning out to be a cracking experience. It’s beautiful, the audio is fantastic and the gameplay is fun and tense. There’s also VR support if you are jumping into VR at the end of the month.

To be in with a chance to win a copy, just undertake one of the actions below, and if you are following PC Invasion already, just login with your site account and post a comment in this post which will enter you in the draw pool.

Note: PC Invasion Supporters should enter via the Supporters Section.

The competition is now closed

Earth has been destroyed and mankind lingers on in a small fleet of ships near Pluto. As humanity’s last hope, you are sent to scout a distant planet as a potential location for a colony. After years of space travel disaster strikes however, and your ship is destroyed when approaching the planet…

Desperately you look for a way of phoning home, but as you explore the seemingly desolate planet, you uncover the dark secrets buried within the depths. In this otherworldly odyssey you uncover mystery upon mystery as you try to survive the harsh climate.

Survive through exploration. Unlock the depths of the uncharted planet, and the secrets buried deep below. Delve into huge cave systems and tombs and uncover over 200 secrets.

Survive the extreme climate, tornadoes, storms, meteors, lightning, and not least the dark secrets burried beneath the surface.

Supporters – Win a Copy of The Solus Project