Microsoft’s Windows 10 is going to show you Xbox info because it’s really important if you play games on a PC.

Microsoft has never really nailed gaming integration with Windows but they’re having another stab at it in Windows 10. The Verge managed to get their hands on a new leaked build of the OS only to find an Xbox App.

The app is apparently a “gateway to the entire Xbox ecosystem”, and to anyone who doesn’t own an Xbone, that will mean nothing and be completely useless. In the app there’s access to achievements, friends lists, activity feeds, and the Store. It’s unclear how this will be useful for PC gaming but perhaps there’s a lot more still to come.

PC gamers are now so used to using Steam for PC gaming. It’s got a store, achievements, and thanks to new features being added such as the live streaming and music, it’ going to be hard for Microsoft to entice PC gamers into whatever they come up with finally.

Last week Microsoft’s Phil Spencer said is was “time to talk about gaming on Windows” but this latest Windows 10 Xbox discovery doesn’t exactly get us excited about the prospect of gaming features in the OS if it’s all about their console. 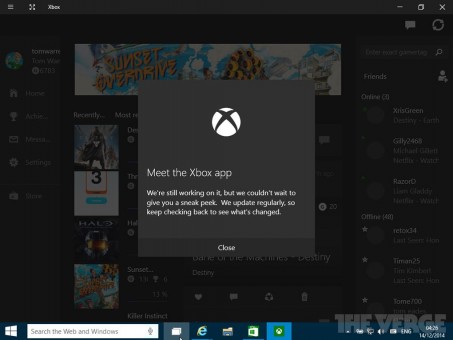 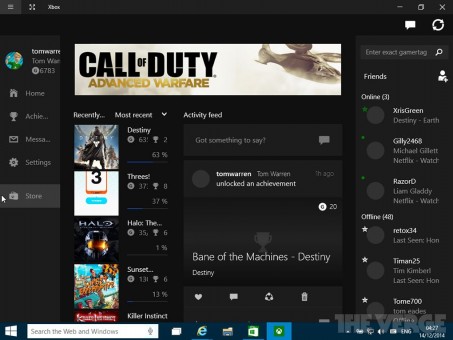