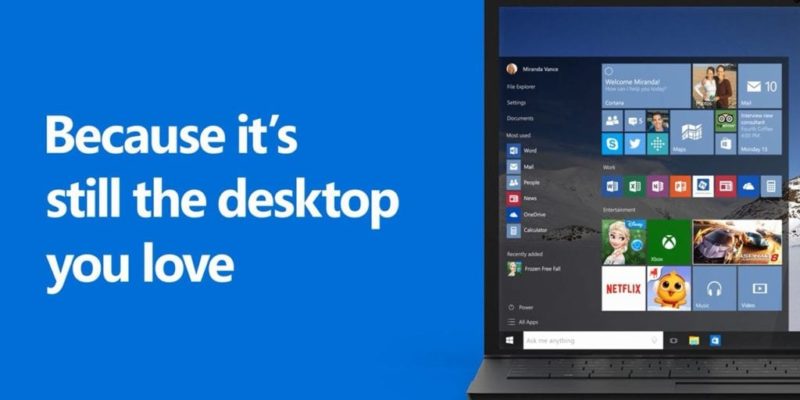 Microsoft has announced that Windows 10 will be released on 29 July.

A new Windows is always a daunting prospect for any PC gamer, we’ve seen quite a few poor versions of Windows in the past decade. If you’re like me, I never upgrade right away because you just don’t know exactly how it it’s going to perform and the interface is super important.  The hideous Windows 8 interface is one reason I never made the switch from Windows 7.

While Windows 10 looks interesting (see video below) my Windows upgrade spider sense is already tingling with apprehension about taking the plunge. The video below, which was released with today’s announcement, shows the hideous big app icons which give me the fear and all kinds of mentions of being able to hook with this that and the next social feature on smartphones. Eeek! In other words it’s probably bloated with a load of stuff a PC gamer won’t care much about.

If you’re on Windows at the moment you’ll notice a small icon has now appeared in the bottom right of the taskbar which will allow you to upgrade in advance. It is free after all when it launches.

Will you be brave enough to make the switch on day one of release?