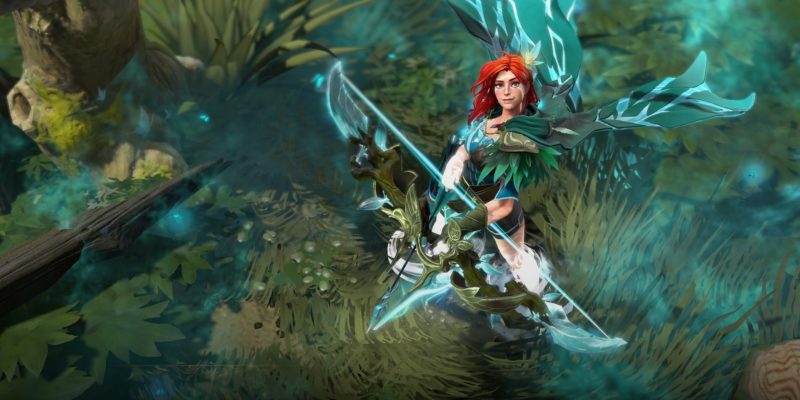 Today, in “why is there a 900 MB patch for Dota 2 pending in my download queue,” the Windranger Arcana has been released.

This is the final big reward from this year’s The International Battle Pass, following on from the Wraith King, Anti-Mage, Queen of Pain, and Pudge Arcanas and Personas. Compass of the Rising Gale, as the Arcana is named, follows on in exactly the ways you’d expect. There’s a new model, a new animation set, new sound effects, and 500 new voice lines. There are also new animations, kill effects, and death effects. And, brilliantly, little whirlwinds appear behind Windranger while she runs. This is probably one of my favorite Dota 2 Arcanas yet.

There are also a couple of more interesting additions. I’m personally a fan of the unique channel bar for Powershot, plus the Focus Fire damage counter that pops up as you pepper enemy heroes with arrows.

Finally, there are two styles for this Arcana. Inflicting 2.5 million damage with Focus Fire kills will unlock the Reflections of the Gale alternate style, which replaces the green and blue hues of the Arcana with a more autumnal orange. But be warned. Unlocking this Arcana requires a Battle Pass leveled up to 575, which is pretty bloomin’ high. You can see it in action on the official Dota 2 page.

The future of The International

One other point of interest is a lengthy (and horribly formatted) post on the official Dota 2 blog. This gives an update on the current status of the Dota Pro Circuit, and Valve’s thoughts on what’s likely to be happening in the future. The most interesting little factoid tucked away in there is that Valve is “operating under the assumption that the most likely outcome is for The International to happen in Stockholm in August 2021.” 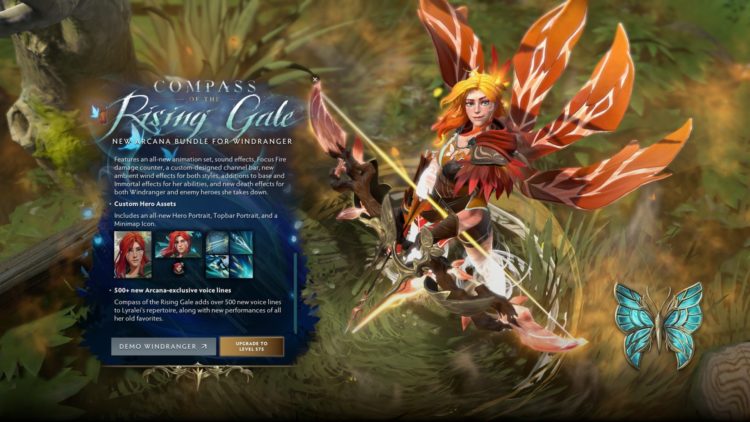 I’m quite partial to the secondary style, if I’m being honest.

The International was previously delayed indefinitely by COVID and travel restrictions. Valve notes in this post that other countries are possible as backups, but that unless it was going to save a huge amount of time, people would probably be a bit narked by the International moving to a new location. While nothing is set in stone, it looks like August 2021 is the earliest we’re going to see The International 10.

If you’ve leveled up your Battle Pass, you can get your hands on the Windranger Arcana in Dota 2 now. We’re still waiting on the third and final Immortal Treasure to be released, and with the Battle Pass due to end on September 19th, I can’t imagine we’re far off from getting that.