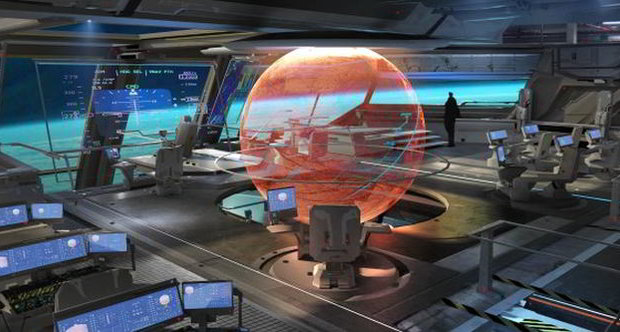 Chris Roberts, creator of the space-tastic Wing Commander series (ask someone over the age of 25 about it), will return with the announcement of a new game at the Texas Game Developers Conference (GDC) on 10 October. A new site for ‘Roberts Space Industries‘ asks for a simple numerical code (either figure out the binary or think Hitchhikers Guide to the Galaxy) before offering a letter from Roberts to the world.

In it, he writes that “I always said the moment I became interested in making games again was when I was going to come back.”

That moment is now upon us, because the letter continues with the news that “I have been working on something for just under a year, something that embraces everything that my past games stood for but takes it to the next level.”

If you sign up for the site with the ‘Enlist’ button, it becomes clear that Roberts will announce the game at GDC on 10 October this year. You’ll also get early access to the game’s website and forums, as well as “the opportunity for rewards and privileges that no one else will get.”

Not much else has been released just yet, though the odd bits of concept art and the vibe of the project very much suggest a return to the realms of space.

By Sam Robins22 mins ago
News