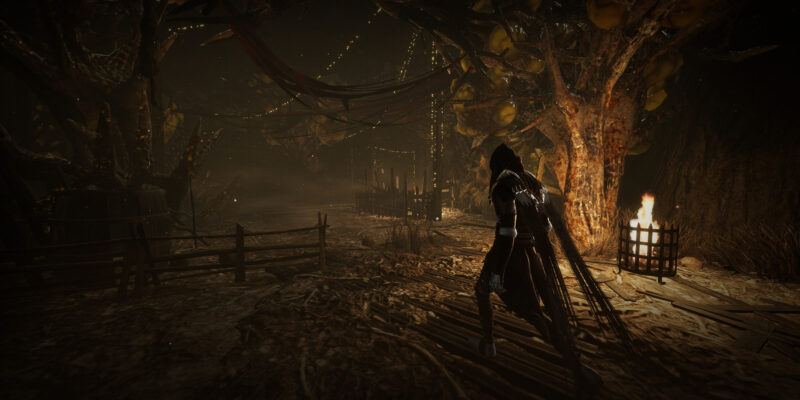 Earlier this year, publisher Team17 and developer OverBorder Studio revealed their upcoming project, Thymesia, to the public. The gameplay shown up to this point invited plenty of comparisons to the renowned Dark Souls games, as well as Bloodborne, but it set itself apart thanks to its faster, flashier combat. Although it wears its inspirations on its sleeve, Thymesia looks like a solid, well-realized game in its own right. Both fans of Bloodborne and those who have never touched a Souls game before may find this one interesting. Thankfully, both Team17 and OverBorder Studio unveiled a December 7 release date for Thymesia, so players can get their hands on the game fairly soon.

To coincide with this announcement, Team17 posted a new trailer for eager fans to enjoy. This trailer mostly depicts the action as it will appear in-game, rather than making heavy use of dynamic camera angles as the debut trailer did. Both the atmosphere and combat look as solidly executed as ever, and they make for a game that appears to offer a great deal of intrigue and challenge.

Fighting a diseased world with disease

According to the Steam page, Thymesia takes place in “a kingdom once thriving on the power of alchemy” that “enters an age of calamity.” Monsters begin to overrun the streets, and only a mysterious alchemist that goes by the name of “Corvus” can adequately stop them. Unfortunately for Corvus, he suffers from amnesia, so he has to recover his memories if he wants any chance of understanding and, ultimately, defeating the threat he faces. By obtaining certain items and making specific choices, players shape how the ending will play out.

All of the ingredients are in place for Thymesia to stand out as a great action game, and fans’ excitement over the title will likely amplify now that the release date has been announced. PC players can check the game out exclusively on Steam this winter.