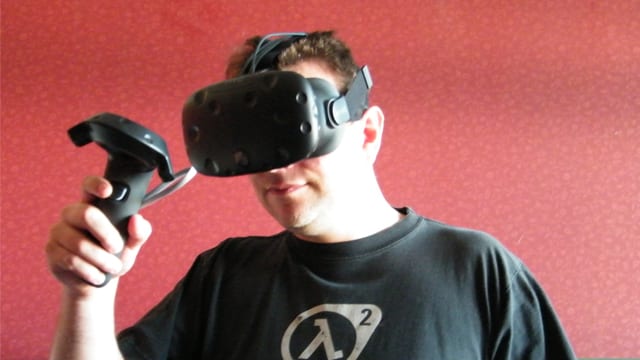 The cable on the HTC Vive is one of its biggest problems. Getting tangled in the cable can be a real pain but a solution could be on the horizon thanks to Quark VR.

Quark VR has been working with Valve to develop their wireless tech and they will be ready to show a prototype this autumn. The headset will become wireless thanks to a new “gadget” which connects to the headset and is not wired to the PC. Instead, there’s a small transmitter that the user can place on their person which sends and  receives signals between the headset and the PC via WiFi.

“Getting the experience to feel seamless through Wi-Fi, keeping in mind the inevitable connection delay, was a huge challenge, but we’re getting extremely close to being able to show it in action!”, say Quark VR.

If they manage to resolve the connection delay, this will be a huge boost for VR users, and in the future, we may see heasdets ship with the technology built in. It certainly beats strapping a PC to your back, an expensive and inelegant solution.