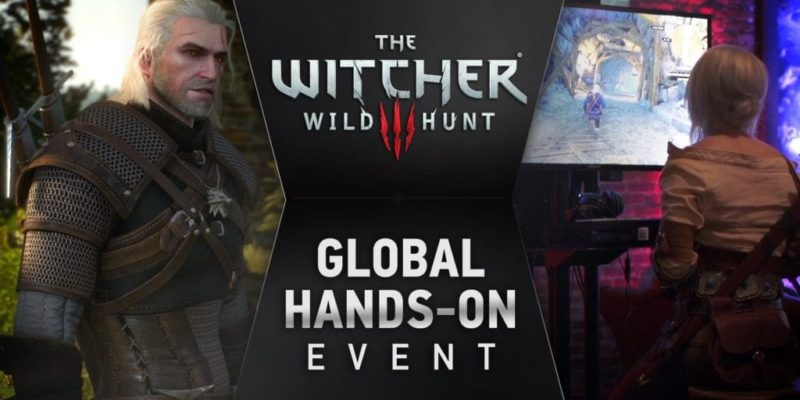 The majority of this Witcher 3 video is just CD Projekt Red saying “hey, we did some press events,” but it does also contain a few bits of the game I hadn’t seen before. Such as Geralt wearing nothing but a towel.

He’s in a fancy nobleman’s house and makes a dreadful faux pas by expressing ignorance about a bergère (an upholstered French armchair, apparently.) You’ll never make it in high society that way, Geralt! And you really need to do something about those scars all over your body, they’re worrying the horses.

Speaking of horses, there’s a brief snippet of some riding (complete with stamina bar) across The Witcher 3’s open landscape. Plus a bit of dodging and dueling with some flying creatures on a beach. I’m not entirely sure if that’s all new, but I don’t think I’d seen it before.

It’s a bit difficult to tell whether the footage is from console or PC, given that it’s compressed YouTube video.

Perhaps of even more interest, a full gameplay trailer is going to be released on Monday. It’ll probably expand on the clips in the video. The Witcher 3: Wild Hunt is coming in May.

By Cristian Aguilar22 hours ago
News