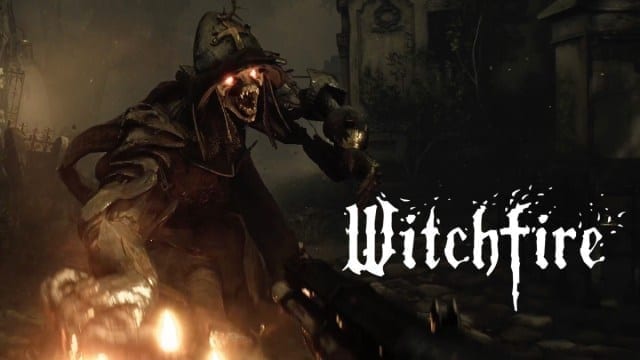 Witchfire is a relatively low-profile game, first announced at The Game Awards 2017. So far we’ve only seen a teaser, a gameplay “WIP snippet,” and a short tech demo of gun physics. All of those videos are included below. There are also a handful of dev diary blogs on The Astronauts’ website, where director Adrian Chmielarz shares some updates on the development. The latest update is the second part of a discussion that started earlier this year, specifically on the resemblance between Witchfire and Souls games. Chmielarz said he expected the comparisons with Dark Souls and Bloodborne. He also acknowledged the influence those games had on the development of Witchfire. Still, he wanted to note how the game stands on its own as well.

Witchfire, Souls, and the three paths

The blog post specifically talks about the punishing difficulty of the Souls games, and how there are three paths for players to beat that difficulty. The most obvious one is skill, which obviously involves mastering the combat mechanics. The second one is smarts, which involves learning about the enemies’ weaknesses, whether through NPCs or tricking the AI into easy DPS spots. Finally, there’s sheer power, which players can achieve by grinding and over-leveling, in order to one-shot enemies into oblivion. He adds that there are still skill checks occasionally, so that even if the player prepares for certain battles with every possible means at hand, skill is ultimately the final test of your mettle.

Witchfire will also follow this model of three paths of challenge in gameplay. Chmielarz even believes that you could even complete Witchfire with sheer skill, without ever leveling or taking damage. Some Souls players often take on this kind of challenge runs. The difference, however, is that Witchfire is a first-person shooter, which involves a very different dynamic of movement and perspective. The Souls games are third-person games that allow a broader overview of how your character fights and how enemies attack it.

There’s also the fact that Witchfire will feature damage escalation, and that requires certain gear and abilities. It will be harder to play through the whole game without specific gear or abilities, and the starting gear will not be enough in later levels. The Astronatus are still considering the options on how they can make it work, as they don’t want to give up on this kind of flexibility. Ultimately, Witchfire will follow the philosophy of FromSoftware games in the sense of learning through death, which is also how Sekiro: Shadows Die Twice also operates.

We should also keep in mind that Witchfire is a game made by a fairly small, independent developer. As much as The Vanishing of Ethan Carter was graphically impressive, it was a very short adventure game. Witchfire will probably be a more compact experience compared to Souls games, but it will feature a “highly replayable, entertaining gameplay loop.” So even if there is a very clear influence from the Souls games on Witchfire, The Astronauts developers want to carve their own path to deliver a game that stands on its own with the resources they have available at hand.

What do you think of Witchfire? Do you think it will stand out from the Souls games in its gameplay? Drop your comments below and let us know your thoughts!