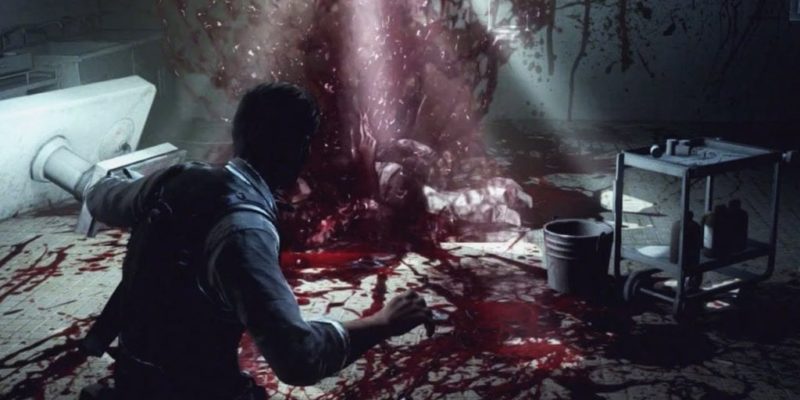 Bethesda have released 12 minutes of gameplay footage from The Evil Within, the Shinji Mikami-developed survival horror game.

And ooh, it’s looking nice. Sort of like a much more messed-up Resident Evil 4, I suppose, with less combat; the video opens with our protagonist – Detective Sebastien Castellanos – hanging upside down in some psychopath’s abattoir. This quickly leads to sneaking, running, hiding in lockers, and generally attempting not to get cut up by a cannibalistic lunatic with a chainsaw.

Things go a bit more Resi 4 after that, with some third-person shooting and a defend-a-location-from-hordes-of-slow-moving-enemies bit, but… well, it’s still looking pretty damn tasty. See for yourself below.