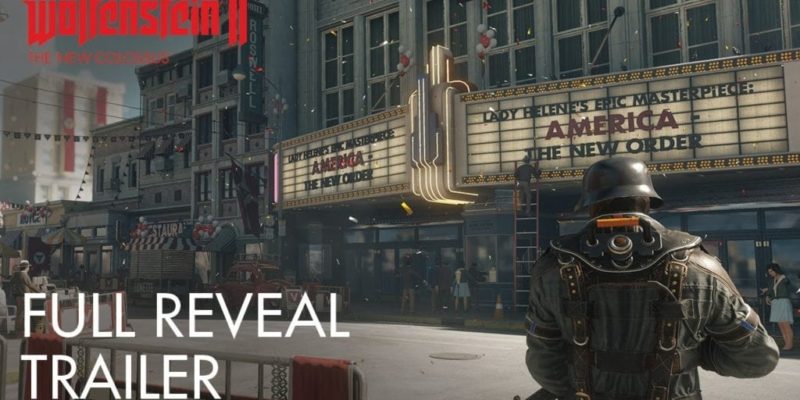 Wolfenstein 2: The New Colossus has been revealed via a rather lengthy announcement trailer, showing a mix of cutscenes and gameplay footage.

Machine Games have been quietly working on this for some time, it seems, and this time we’ll be fighting to liberate America from the Nazi war machine. There’s… a lot of weirdness. One character appears to be tripping on LSD, while our protagonist seems to have some sort of, uh, robot head armour? Look, it’s weird. Just watch the trailer and you’ll see what I mean.

That aside, it looks like standard Wolfenstein stuff – in a good way. Lots of Nazi killing, lots of dual-wielding, lots of brutal stabbing, lots of giant robots and Nazi cyborgs. Also, an alligator. I’m not sure if the alligator was a Nazi but it got shot anyway. It was probably a Nazi.

You can check out the trailer below. As with everything Bethesda have announced tonight, Wolfenstein 2: The New Colossus is out this year – on 27 October, specifically.

Dishonored: Death of the Outsider asking for one more big kill