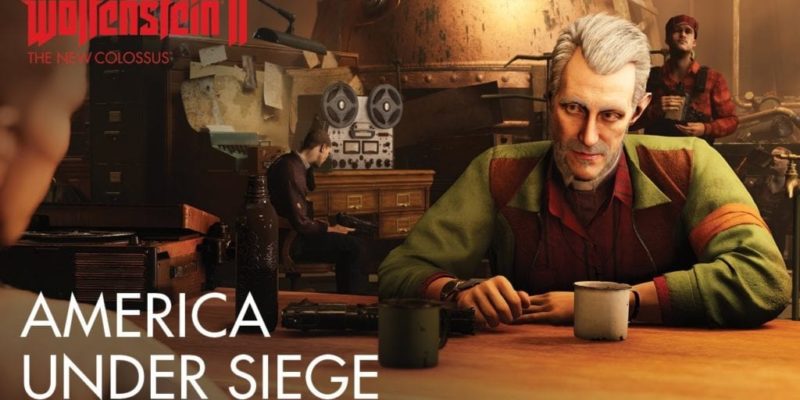 A new video about Wolfenstein 2: The New Colossus (revealed at Bethesda’s E3 show) features Machine Games employees talking about their game. The footage is a repeat of the initial trailer, but the thoughts are all new.

They confirm that new players won’t have any trouble getting in to this one, but that of course there’s backstory for those who played The New Order. “Quiet, blue-collar guy” BJ Blazkowicz won’t let being temporarily wheelchair-bound get in the way of his mission to liberate America from Nazi totalitarianism.

Wolfenstein 2: The New Colossus is set in 1961 and, like the prior game, features all kinds of speculative ‘futuristic’ technology. Machine Games seem to be enjoying the creative freedom afforded by the setting, and say they’re “Not dumbing things down … we do a lot of dumb things, but that’s because they’re fun.” The game’s out on 27 October.